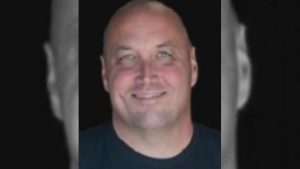 TULSA, Okla. (KJRH/NBC News) – A Tulsa police major is under investigation after controversial comments during a radio interview.

During the Monday morning interview on KFAQ Talk radio, Major Travis Yates explained why he believes systemic racism “doesn’t exist” and stated “all the research says we’re shooting African Americans about 24% less than we ought to be based on the crimes being committed.”

“He’s in a position of power in the police department,” Harper said. “His attitude is going to go downhill to that young, brand-new officer or that officer in field training right now.”

Yates released a statement Wednesday saying the line was taken out of context and that he stands by what he said in the interview.

“He didn’t wake up today or yesterday and decide to make those statements,” Harper said. “This is something that has been going on since his inflammatory statements from 2016.”