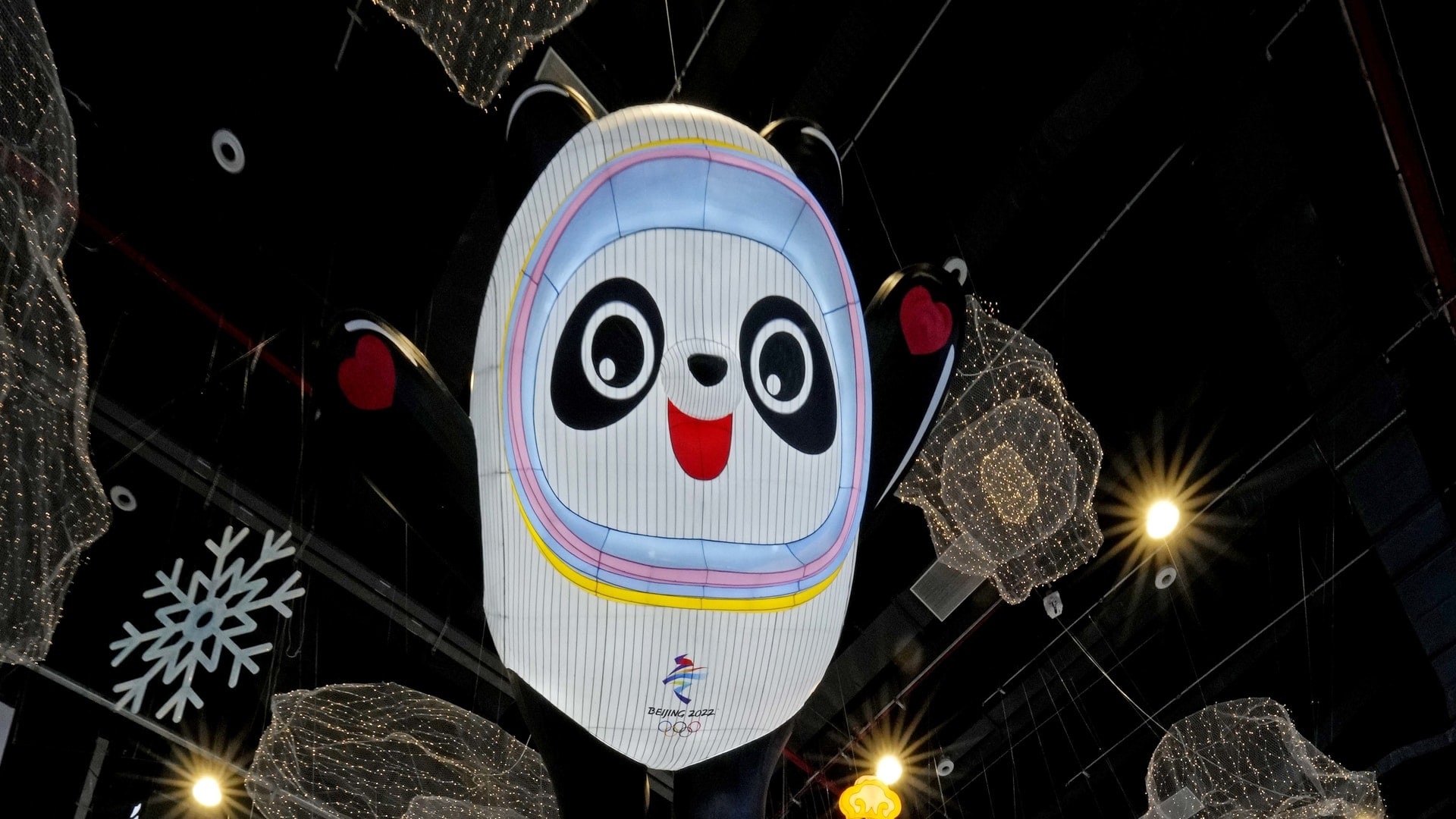 Bing Dwen Dwen, the official mascot of the 2022 Winter Olympics, has been one of the more popular Olympic mascots in recent memory, with people lining the streets to purchase their own version of the friendly panda.

Here’s a look back at all of the Olympic mascots since they were introduced in 1968.

Shuss, a little man on skis, was created in a hurry ahead of the 1968 Games in Grenoble. His designer had just one night to prepare a plan for submission.

This daschshund was shaped like the Olympic marathon route in 1972 in Munich.

The official mascot for the second Winter Olympics was a snowman that wore a Tyrolean hat from the Innsbruck region of Austria.

Amik, a beaver, was chosen after a national competition in Canada ahead of the Montreal Games.

Lake Placid school children chose Roni, which means “racoon” in Iroquoian, the langauge of the Indigenous people from the state of New York.

Misha is a bear, an animal that appears in many popular stories, songs and poems in Russia.

Wolves are typically found in Sarajevo, the site of the 1984 Winter Olympics, hence the mascot Vučko.

These two polar bears that were at the Calgary Olympics were intended to represent the region’s hospitality and greetings.

The tiger, the mascot for the Seoul Summer Games, was named “Hodori.” The animal frequently appears in Korean popular art and legends.

Magique was the first mascot that was not an animal since 1976. The star-shaped mascot symbolized dreams and imagination at the Albertville Olympics.

Cobi, a human Pyrenean mountain dog, was a refernece to COOB’92, the abbreviation for the Barcelona ’92 Olympic Organizing Committee.

Haakon and Kristin, the mascots for the 1994 Lillehammer Games, were references to historical figures from the 13th century.

The mascot for the 1996 Summer Olympics in Atlanta was Izzy — an unusual mascot because he wasn’t an animal, human or object.

The four snowy owls were mascots at the 1998 Olympics in Nagano.

The Sydney Olympics featured Syd, a duck-billed platypus, Olly, a kookaburra and Millie, an echidna or spiny anteater.

In Utah, the snowshoe hare, coyote and black bear were an homage to Utah’s snow, natural resources and land.

Aptly named for the Athens Olympics, “Phevos” is another name for Apollo — the god of light and music — while “Athena” is the goddess of wisdom.

For the Olympics in Turin, “Neve” means snow and “Gliz” is a reference to the word “ghiaccio,” which means ice in Italian.

At the first Olympics in Beijing, each of the mascots’ names rhymed by repeating the same syllable.

The Vancouver Games mascots were inspired by fauna and tales of the First Nations on Canada’s West Coast.

Wenlock’s appearance came from one of the last drops of steel used to build London’s Olympic Stadium.

2014 Winter Olympics: The Hare, the Polar Bear and the Leopard

The mascots for the Sochi Games were a reference to the three places on the Olympic podium.

The current mascot, Bing Dwen Dwen, is a panda that symbolizes purity, strength and children.