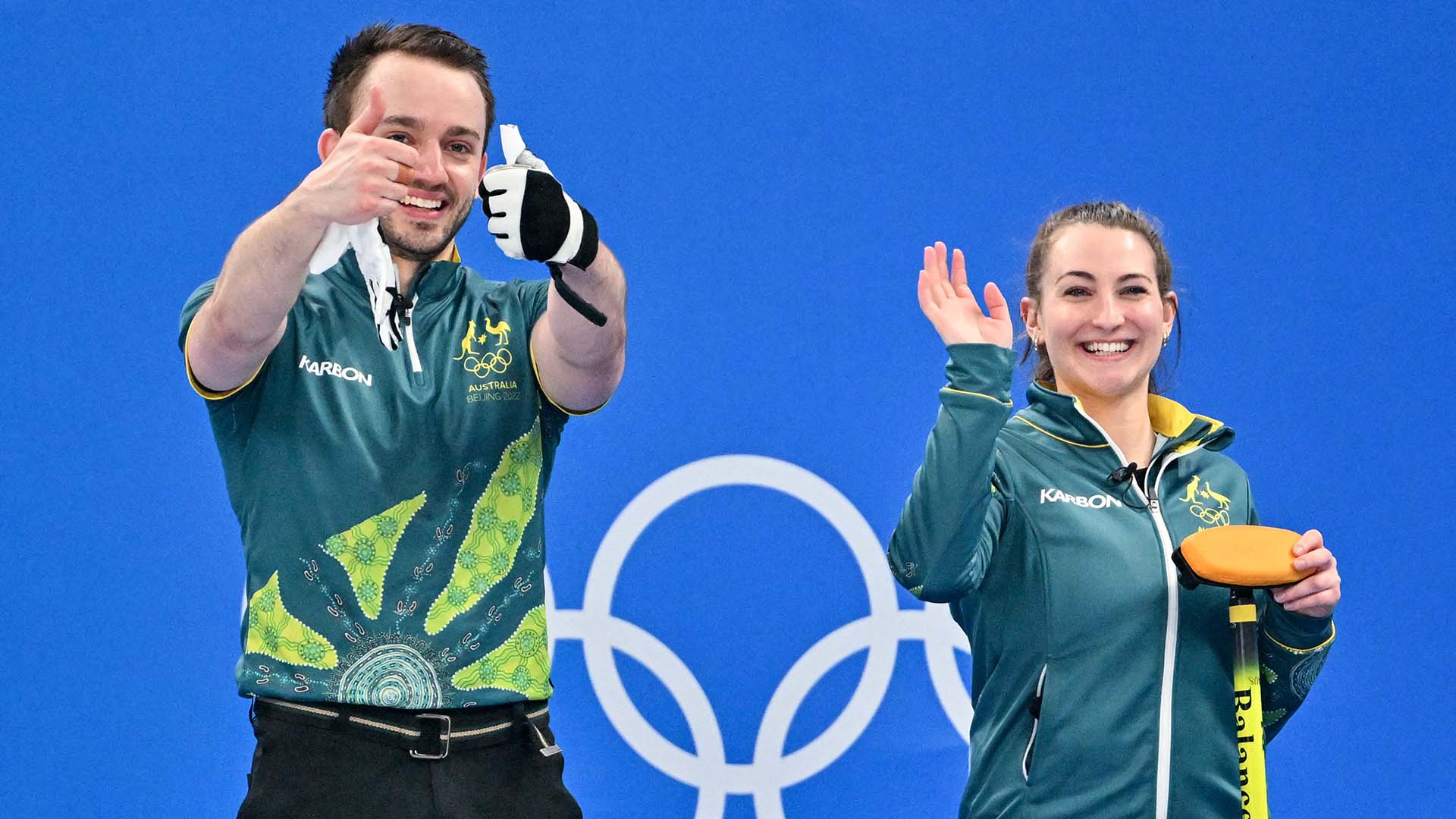 It was a wild couple of hours Sunday for the Australian mixed doubles curling team.

At 9:35 p.m. ET, the Australian Olympic Committee tweeted that arrangements were being made to return curlers Tahli Gill and Dean Hewitt home after Gill returned a series of positive COVID-19 tests on Saturday night.

It was originally said the Australian team would have to forfeit their final two games of round robin play because alternates are not allowed in mixed doubles curling.

Just over three hours later, Gill and Hewitt walked into the Olympic rink for their scheduled game against Switzerland, and the AOC tweeted again that the team was given a late reprieve following a meeting of the Medical Expert Panel. The panel concluded that Gill, who initially tested positive for COVID-19 a month ago, could continue playing under the Olympics’ close contact arrangements.

Getting to continue playing was especially special for the Australian team. Gill and Hewitt are the first Australian curlers to ever qualify for the Olympics, and after starting play with seven straight losses, they were still looking for an historic first win.

The pair earned that win Sunday in a 9-6 victory over Switzerland, in the game they thought they would have to forfeit.

“Thanks everyone back home for the support. You’ve been amazing,” Hewitt said to TV cameras following the conclusion of the game. “I can’t thank you enough. It’s been a crazy day.”

Hewitt could be heard after the game telling Gill “We just needed to stress a little bit more. That’s what we needed.”

The last 24 hours has really been a roller coaster, to say the least. The support that we’ve had, the medical support to prove that I’m not infectious and that I’m able to get out here and we’re able to finish the campaign, I’m so incredibly grateful.”

Gill told reporters after the game

Gill said she was “pretty shattered” by the original prognosis, thinking she and her teammate wouldn’t be able to finish play in the Games.

“To come so far, we’ve sacrificed so much. Obviously we respect the protocols and the decisions, but it was absolutely shattering,” she said.

“Now, what was going to be the case for us three hours ago is not going to define our campaign anymore. We’re going to finish on a really positive note.”

Gill and Hewitt just started curling together three years ago in an attempt to make the Olympics. The two defeated Korea in a December Olympic Qualifying Event to make this year’s field.

Even though the team is mathematically eliminated from reaching the mixed doubles tournament semifinals, Australia will still finish their Olympics on another high note. They’ll play Canada and John Morris, who helped coach Gill and Hewitt on their Olympic qualifying quest.