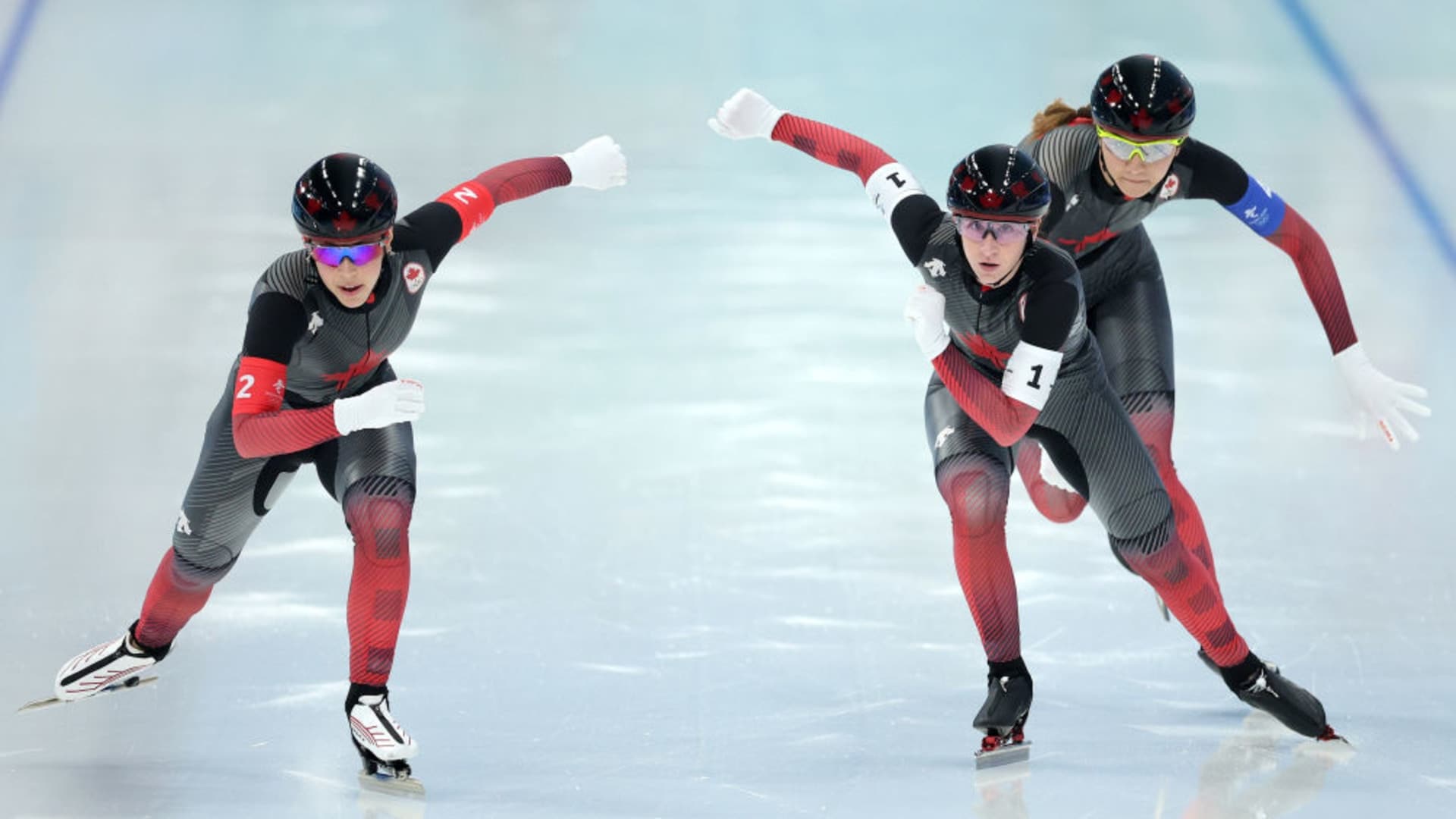 Canada won its first ever Olympic gold medal in the women’s team pursuit speed skating event on Tuesday, setting the Olympic record at 2:53.44 in the final against Japan.

Japan earned the silver and the Netherlands secured the bronze.

The Japanese led the Canadians head-to-head for the entire gold medal race until the final lap when Nana Takagi fell and slid into the side boards. Japan set the Olympic record during quarterfinals and was on pace to do so again.

The Canadians won all three World Cup races this season leading up to the Olympics. They had not won an Olympic medal since 2006, though, and snapped that streak.

Canada, led by two-time Olympic medalist Isabelle Weidemann, reached the final after outlasting the Netherlands in the back half of the semifinal.

The Dutch trio of Ireen Wuest, Irene Schouten and Antoinette de Jong had 18 Olympic medals combined entering the competition but did not find the same synch Canada had. The Netherlands missed out on the final for the first time since 2010.

Schouten secured her third medal of the 2022 Olympics with the bronze, and 35-year-old Wuest earned the 13th podium finish of her career, the most by any speed skater.

Japan missed out on becoming the second team to win two gold medals in the women’s team pursuit after Germany went back-to-back in 2006 and 2010. Miho Takagi of Japan earned her third medal of the 2022 Winter Olympics after securing two individual silvers.