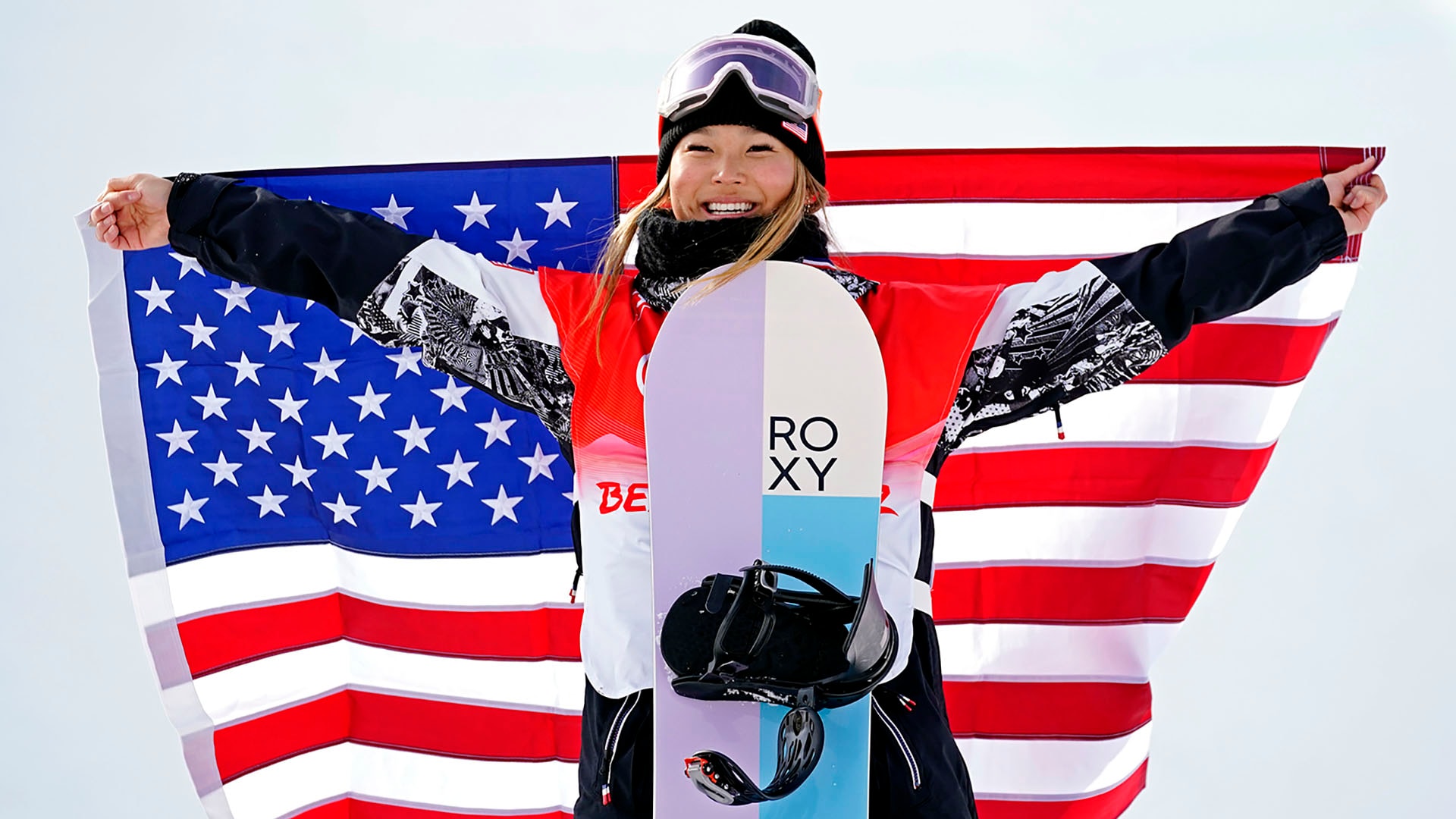 When Chloe Kim went soaring above the halfpipe to win gold in PyeongChang four years ago, she was unprepared for the whirlwind of media and public attention she would receive. Kim was bombarded with praise and criticism from the entire world. She couldn’t leave her house without someone recognizing her.

Underlying all of the praise were comments that followed her throughout her career: racist remarks. Kim is one of the few persons of color to compete in snowboarding at the elite level. In March 2021, Kim spoke out on Instagram against the hateful messages she received, writing, “I feel really helpless and afraid at times. I’m really struggling.” She told ESPN that she rarely goes out by herself. She carries Tasers, pepper spray and a knife to pull out at a moment’s notice.

Fed up with the invasion of privacy and attention the 2018 Olympic gold medal brought her, Kim threw the medal away in the trash. Although she soon retrieved it, Kim started to resent snowboarding. She announced that she would skip competing in the 2019-20 season following a fall that left her with a broken ankle. She attended Princeton University to reset herself after seven years of competing.

Kim was homeschooled for a majority of her childhood and snowboarding kept her from living like a typical teenager.

“[Snowboarding] changed my life in such a drastic way … I need to miss it,” Kim said, reflecting on her time away. Kim needed a break from the sport to renew her passion for it. If she didn’t, she would burn out.

It took 22 months away for Kim to realize how much she loved to ride. She wanted to get back on a board stat.

And so she did, with a bang. Kim came back to the snowboard scene in January 2021 with an astounding win at the Laax Open 2021. After falling on her first run, Kim followed up with a 89.75-point score, which placed her 13.25 points ahead of the runner-up, Japan’s Mitsuki Ono. Kim proceeded to secure gold at all six following competitions leading up to the 2022 Winter Olympics.

She originally wasn’t sure if she’d return for that, though. The 2018 Winter Olympics brought anxiety and depression that made Kim doubt herself.

“My first [Olympics] was really overwhelming. I was not expecting that kind of response, so, then I like kind of got scared,” Kim said to Today. “I got really bad anxiety and I was like, maybe I can’t do that again, ‘cause I just don’t know if I can handle it.”

Kim’s nearly two-year hiatus seems to be just what she needed. She met new friends who grounded her and found ways to manage her anxiety. At the 2022 Winter Olympics, Kim topped the qualifiers and aced her first run in the final with two 1080s, a switch 900 and switch backside 540.

Kim teared up after stomping that run. “I’m just so grateful I was able to do that and really proud of myself for being able to push through and overcome that big mental battle I had before going in to my first run,” Kim said.

After defending her gold medal, Kim said that she’s in a better headspace now than in PyeongChang because she has a better idea of what to expect.

Kim isn’t sure how many more Winter Olympics she’ll compete in. She’s focusing on what she didn’t in 2018: her mental and physical health.

But if Kim does return for a third Winter Olympics, she’ll have all the experience and support she needs to defend gold again.