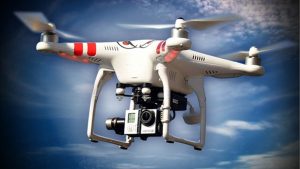 (NBC News) — The Federal Aviation Administration hit a Chicago company Tuesday with the biggest fine on record for illegally flying dozens of drones over New York and Chicago.

The company, SkyPan International, confirmed that it will pay $200,000 to settle a case in which the FAA accused it of launching 65 “unauthorized operations in some of our most congested airspace and heavily populated cities” from March 2012 to December 2014.

According to the FAA, SkyPan flew the drones near airports without notifying authorities — and it did so without getting the necessary airworthiness and registration paperwork. Not only that, the agency said, SkyPan didn’t install basic safety gear like altimeters and transponders.

In a statement, SkyPan — an aerial photography company that’s often used by architects and construction companies working on new projects — said it neither admits nor denies the allegations and “wishes to resolve this matter without any further expense or delay of business.”

The $200,000 fine is a small fraction of the $1.9 million penalty the FAA initially sought, but it’s still the biggest civil penalty ever slapped on a drone company.

The FAA has struggled for years to figure out how to keep aviation safe as drones — what it calls “unmanned aircraft systems” — flock to the skies like starlings.

As late as last year, companies were still required to request case-by-case permission from the federal government for any commercial drone use, which could take months.

Those regulations were relaxed in August, but the rule-making is still incomplete. Meanwhile, more than 40 companies showed off new drone technology at this month’s Consumer Electronics Show, and domestic drone sales are forecast to top $3.3 billion in 2017 — up by 40 percent over last year.

So later this month, the FAA is expected to appoint three task groups: one to sort out the thicket of local, state and federal rules for drones, one to pave the way to new rules that can accommodate advancing technology — and one to figure out how to pay for all that.