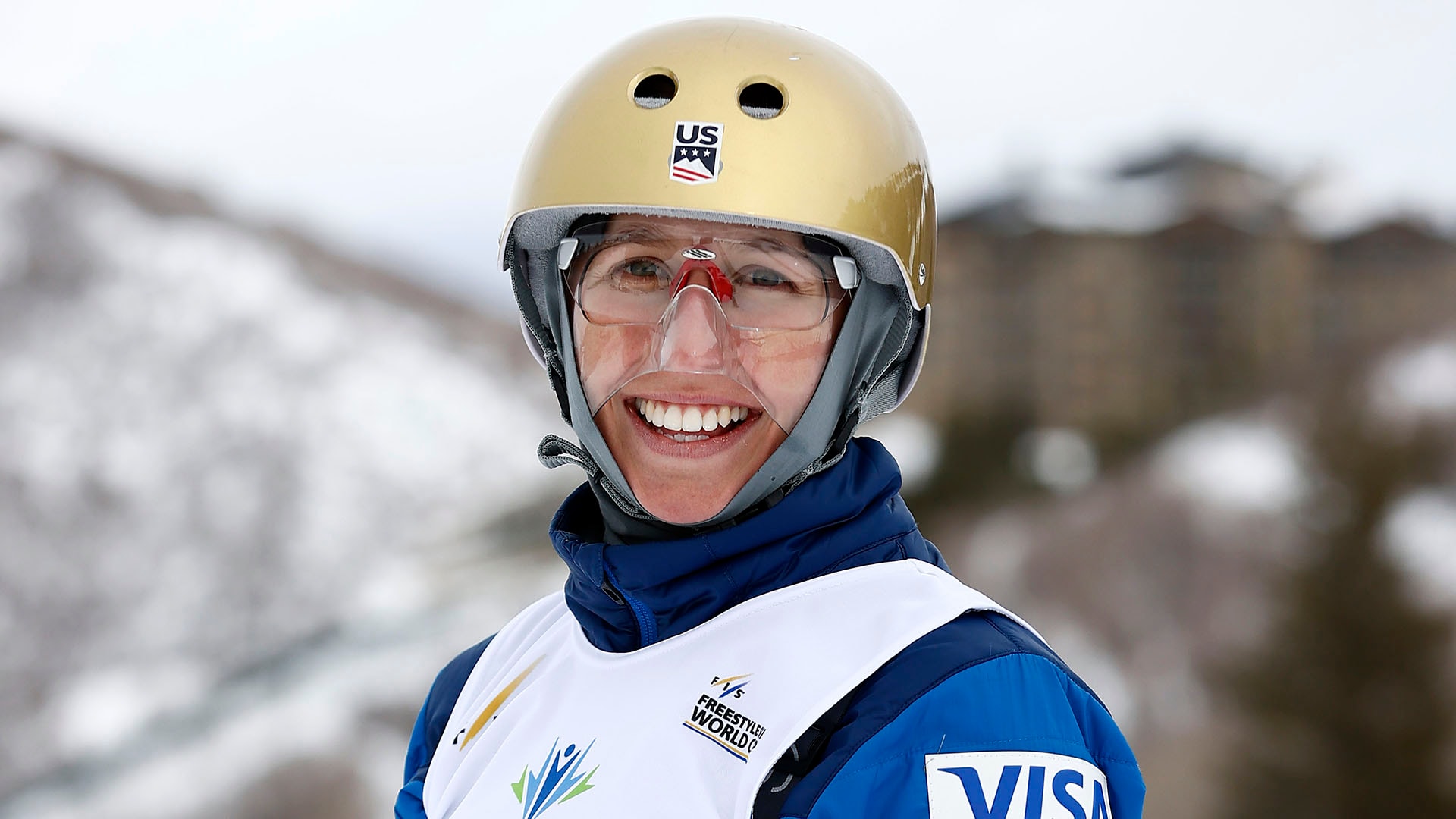 U.S. aerial skier Winter Vinecki attempts to land a podium spot at the 2022 Winter Olympics, and NBC and Peacock will be there to capture it all.

Named after her parents’ favorite season, the 23-year-old is set to compete in her debut Winter Games, where she’ll become the first athlete fittingly named “Winter” to ever compete. She missed qualifying for the 2018 PyeongChang Games after fracturing the right side of her face in summer 2017.

Before turning 15, Vinekci became the youngest person to finish a marathon on each of the seven continents, running with mother Dawn in Eugene, Oregon, and then Kenya, Antarctica, Peru, Mongolia, New Zealand and Greece.

The Michigander lifted off during the latter half of last season, recording three World Cup podium finishes — a win at Moscow over soon-to-be world champion Laura Peel of Australia; third at Belarus’ Raubichi; and runner-up at Utah’s Deer Valley — to finish No. 2 overall behind Peel in World Cup standings.

This season, she twice finished fifth at World Cup events in Ruka, and together with Chris Lillis and Justin Schoenefeld placed runner-up in mixed team aerials, also at Ruka.

“What this whole sport is about is just taking those small steps and progressing along the way,” she told NBC. “Because it can be a very scary sport, especially when you’re doing new tricks. But learning to overcome that fear is kind of just part of the sport, and it really just makes it exciting, and that much more fun.”

Though China has earned the most medals in the event with seven, including four straight silvers, it still seeks its first-ever women’s aerials gold and is the favorite to win on home snow. Peel, meanwhile, is the No. 3 on the list and most recent World Cup victor, claiming the Deer Valley World Cup in mid-January.

Vinecki’s teammate Ashley Caldwell is another challenger. The 2017 world champion has a trick dubbed “The Daddy” – a full double full full, also known a quad, or four twists, with her three flips – that’s she’ll likely unleash at the 2022 Games.

SEE MORE: Tigers of Team USA: Olympians born in the year of the tiger

Vinecki grew up about 30 minutes away from teammate Kaila Kuhn and ran her first 5-kilometer, 10-kilometer and 10-mile races at the respective ages of 5, 8 and 10. At age 9, she formed nonprofit Team Winter to raise money for prostate cancer research and honor her late father, and competed in an Olympic distance triathlon the same year. She was recruited to the sport at an awards gala by three-time Olympic aerialist Emily Cook and moved to Park City at age 13 to start training in aerials.

It’s been 24 years since a U.S. skier won a medal in women’s individual aerials – Nikki Stone‘s gold at the 1998 Nagano Olympics is the one and only. Vinecki may not have the difficulty required in her jump, but if she throws her hardest tricks and lands, she has the capability to win a medal.