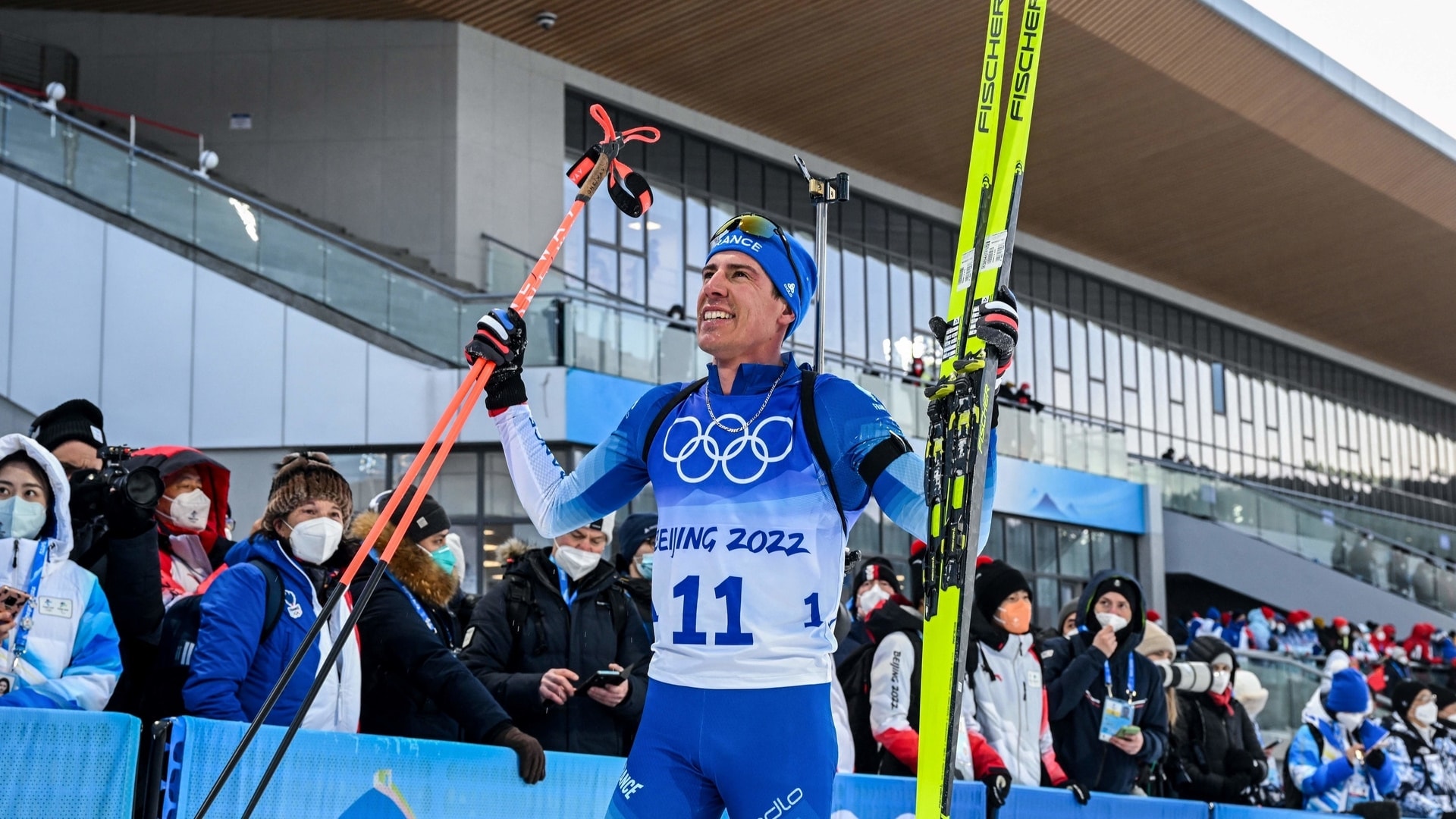 As the longest event in biathlon, the men’s 20km individual competition puts athletes to the ultimate test of mental and physical toughness. The 12 mile race is one of the most coveted biathlon events and ushered the sport into the Winter Olympics in 1960. Conquering this race and winning gold on one of the warmest competition days so far was France’s Quentin Fillon Maillet.

Despite two misses on target, not only did Maillet make up for the added two minutes of time with the speed of his skiing but also played off Johannes Thingnes Boe’s miss on target. Boe was the 20km champion from 2018, but his gold medal two-peat was just out of reach. He finished the race with a time of 49:18.5, taking bronze behind Anton Smolski who put Belarus back on the biathlon scene. His final time was 49:02.2.

Maillet crossed the finish line at 48:47.4 with the crowd roaring behind him. He celebrated his first Olympic gold with tears of joy as he came off the course. Comparing this race to his 2018 Olympic experience, Maillet made a complete 180. In PyeongChang, he was enduring both excruciating personal and professional challenges, including his girlfriend and stepfather’s battle with cancer. He finished all the events he was entered in outside the top 20 athletes. His 20km gold medal performance four years later goes to show just how far he’s come.

This will be Maillet’s first individual gold medal. As a great shooter with 90% accuracy in the standing position, the World Cup leader stepped out of France’s now retired Martin Fourcade’s shadow and was lifted up by his teammates to celebrate his win. Literally.

Before Maillet captured his long awaited Olympic medal, Norway’s Tarjeji Boe was the top contender to win. Due to an accident that occurred during a training session before the mixed relay where he collided at top speed with another athlete, his skiing in the 20km event was slower and more stiff. With no misses on target, he went into the final shooting stage in a great position for gold. He was going to be 20 for 20 on targets until he missed the final target which ultimately cost him gold. The added minute caused him to fall back into eighth place.