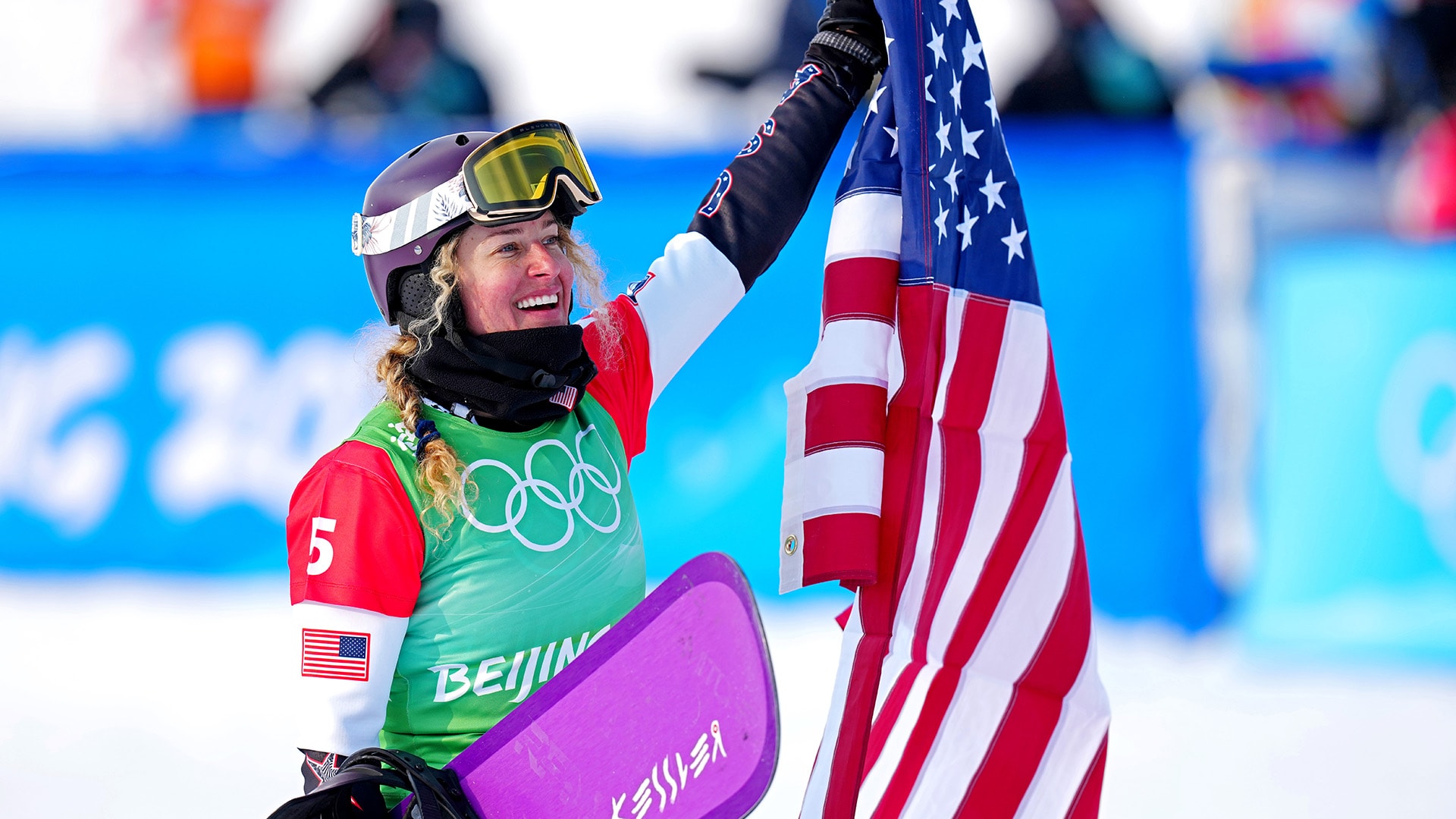 The 36-year-old, for now snowboarding’s oldest Olympic champion, defeated 2014 bronze medalist Chloe Trespeuch of France and two other riders in the women’s SBX big final to finally make amends with her debut 2006 Torino Games’ fall that infamously cost her the victory.

Jacobellis had continually proven herself outside the Games, racking up five individual world titles and 10 individual X Games wins, yet Olympic gold remained for some reason unattainable for the Connecticut-born Vermonter – until now.

After Torino she was fifth at the 2010 Games, seventh in Sochi and fourth in PyeongChang. In individual snowboard cross alone, Jacobellis has an astonishing 52 podiums and 30 wins on the World Cup circuit. This season, she placed third in back-to-back competitions in Krasnoyarsk, Russia.