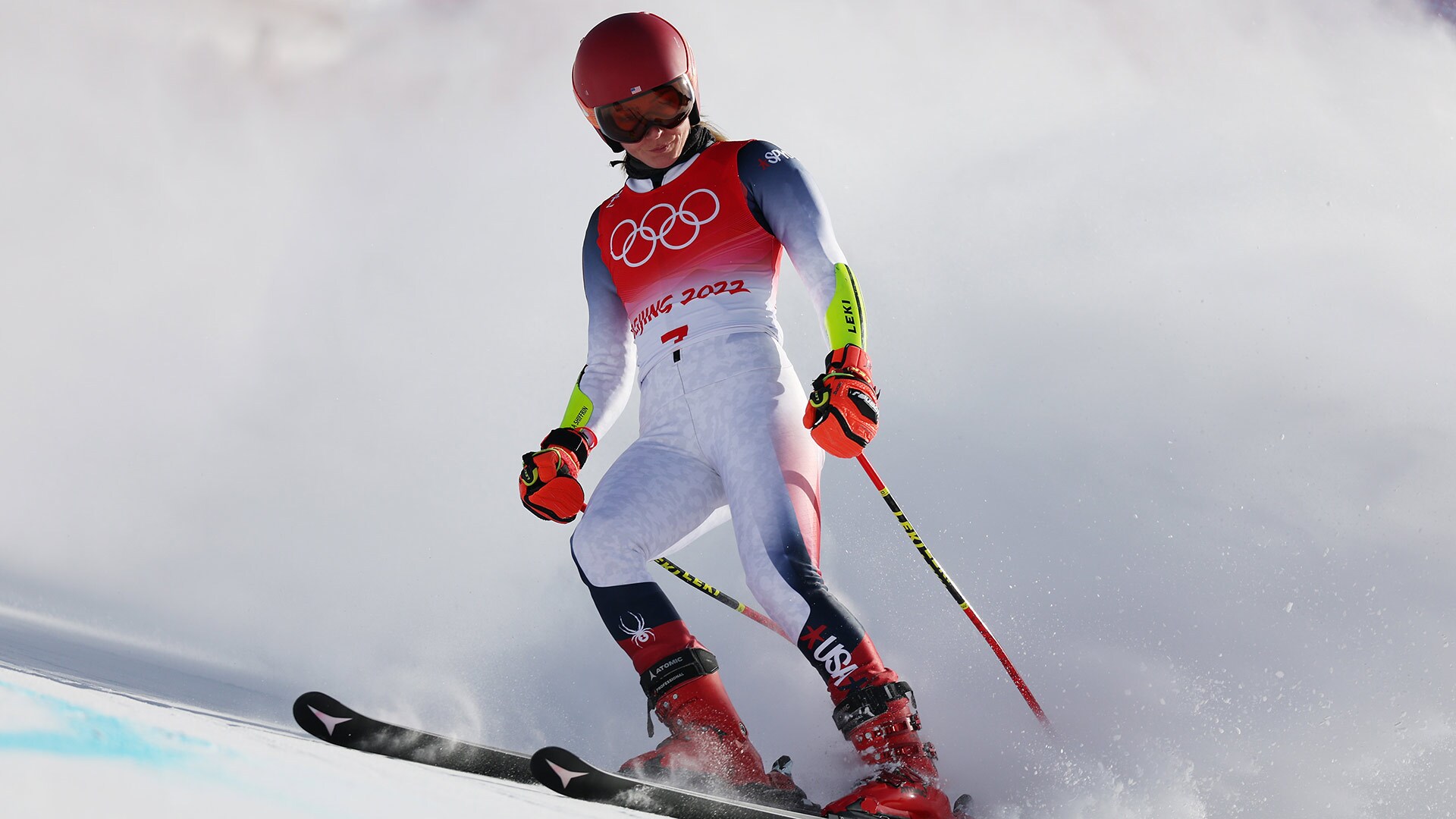 Follow along with NBCOlympics.com as Mikaela Shiffrin returns to Winter Olympics action in the women's slalom. – Credit: Getty Images

Mikaela Shiffrin is back in action Tuesday night, looking to avenge her shock crash in the giant slalom as she tackles her favorite event: the women’s slalom.

It’s arguably the 26-year-old’s best shot at a gold medal at the 2022 Winter Olympics and the same event in which she burst onto the scene in Sochi, winning gold as an 18-year-old phenom.

To do it, she’ll not only have to negotiate the same “Ice River” course that swallowed her up 48 hours earlier in the GS, but do it quicker than her rivals which include Slovakia’s Petra Vlhova and Sweden’s Sara Hector, the GS gold medalist. Both women have had success against Shiffrin during the World Cup season.

But make no mistake, Shiffrin is the odds-on favorite to win any slalom race she enters. She’ll be joined by U.S. teammates Paula Moltzan, AJ Hurt and Katie Hensien in the event, which spans two runs. The athlete with the lowest combined time across both runs will top the podium.

Don’t miss the action LIVE on NBC starting at 9:15 p.m. ET, and follow along with our LIVE BLOG below for updates as the action unfolds.