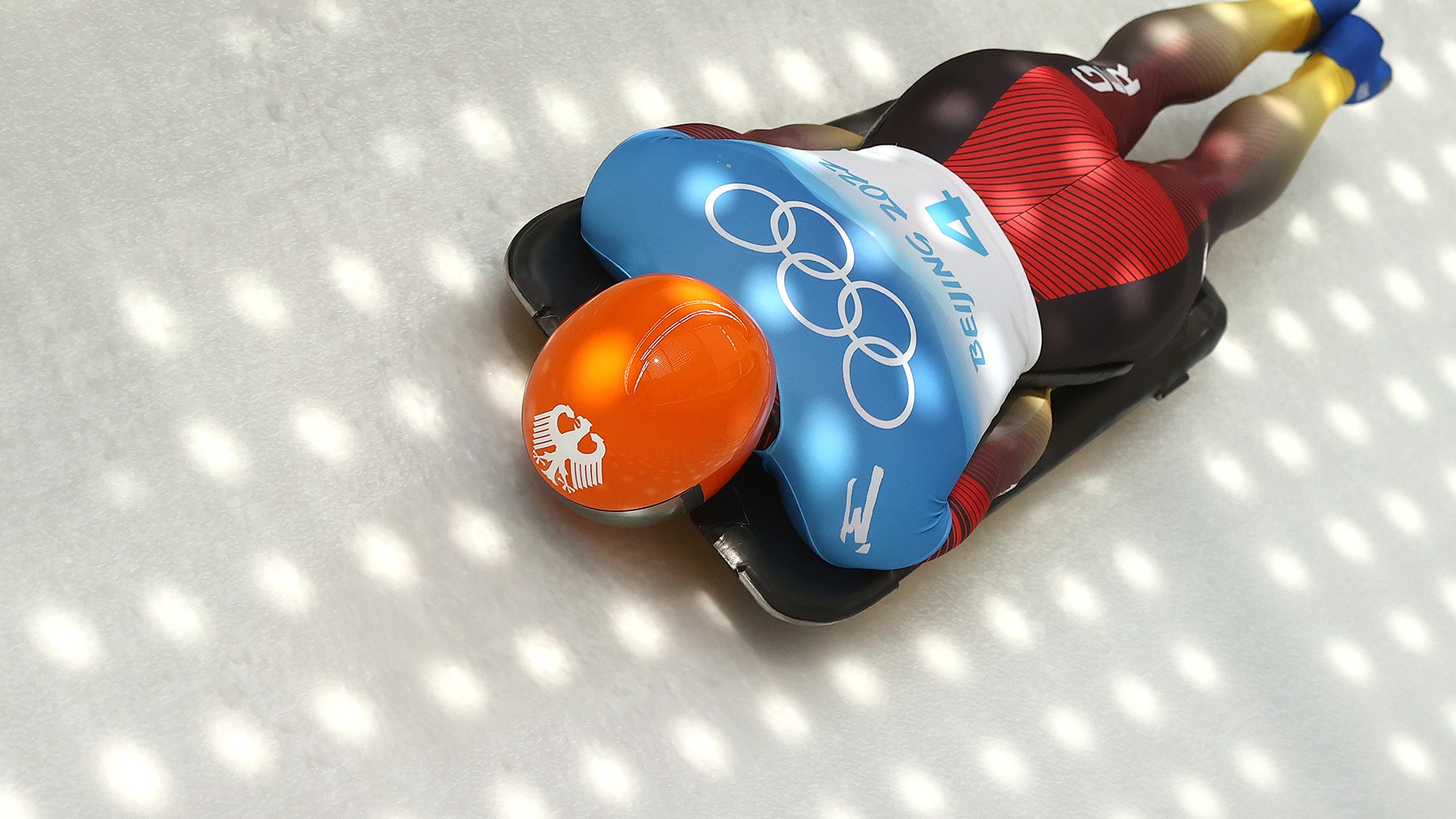 After two heats of men’s skeleton at the 2022 Winter Olympics, a clear gold medal favorite has emerged: Germany’s Christopher Grotheer. His first run established a lead in a minute flat, maxing out at 130.4 KM/H; his next heat earned the second-fastest time of the whole race, 1:00.33. He leads his second-place compatriot, Axel Jungk, by 0.70 seconds at the midway point.

An athlete can’t necessarily win a skeleton race in a single heat, but he or she can certainly lose. As in skeleton’s sister sport, luge, many sliders at the 2022 Winter Olympics struggled with the serpentine track known as “The Flying Snow Dragon,” which includes especially sharp turns at curves 12 and 13.

The field was given the difficult task of balancing speed and caution: Athletes like Latvia’s Martins Dukurs and American Samoa’s Nathan Crumpton skidded or full-on pinballed against the wall. Dukurs, who entered the race as a gold medal favorite, laid down two solid but underwhelming heats, each 1:00.76 minutes – not the fastest, but consistent enough to keep him at the top of the pack.

China’s Yan Wengang stands third, 0.75 seconds off the top. The host nation has claimed men’s skeleton gold at each of the last three Games: That likely won’t be the case this year, but with results like these, Yan could snatch silver.

The reigning gold medalist, Yun Sung-Bin, dragged his toe and tapped the wall. He won’t defend his title. “It’s hard to do it for four runs in a row, let alone two Olympiads in a lifetime,” commentator Mark Doran said.

Andrew Blaser, the United States’ sole male competitor, missed the top 20. The American will only get one more run in the second half of competition.