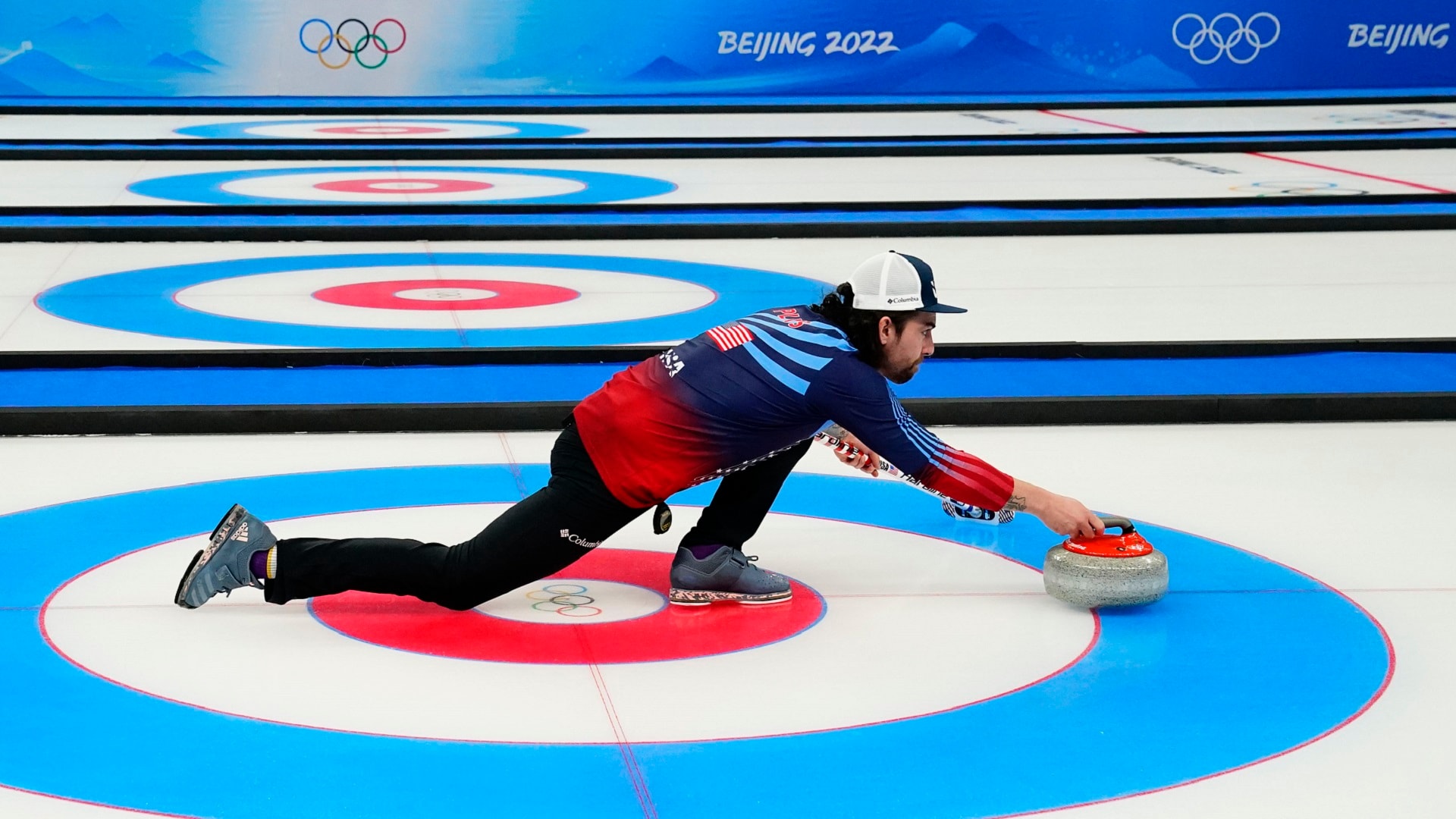 A perfect draw shot gave Switzerland one point in the final end and a 6-5 win over Team USA Sunday in the penultimate round robin session of mixed doubles curling play.

The loss eliminates Team USA from semifinal contention, with the top four teams moving on.

Switzerland took a big early lead with three points in the first end.

The US tried for a takeout attempt that would have netted three in return in the second, but couldn’t capitalize, instead settling for just one point.

Down 5-3 in the seventh, Team USA tied things up on a draw shot by Vicky Persinger.

Team USA (3-5) will finish round robin play and their Olympics on Sunday at 8:05 p.m. ET against Great Britain.

Also eliminated from the semifinals, Switzerland (3-5) will finish their Olympics at the same time against Norway.