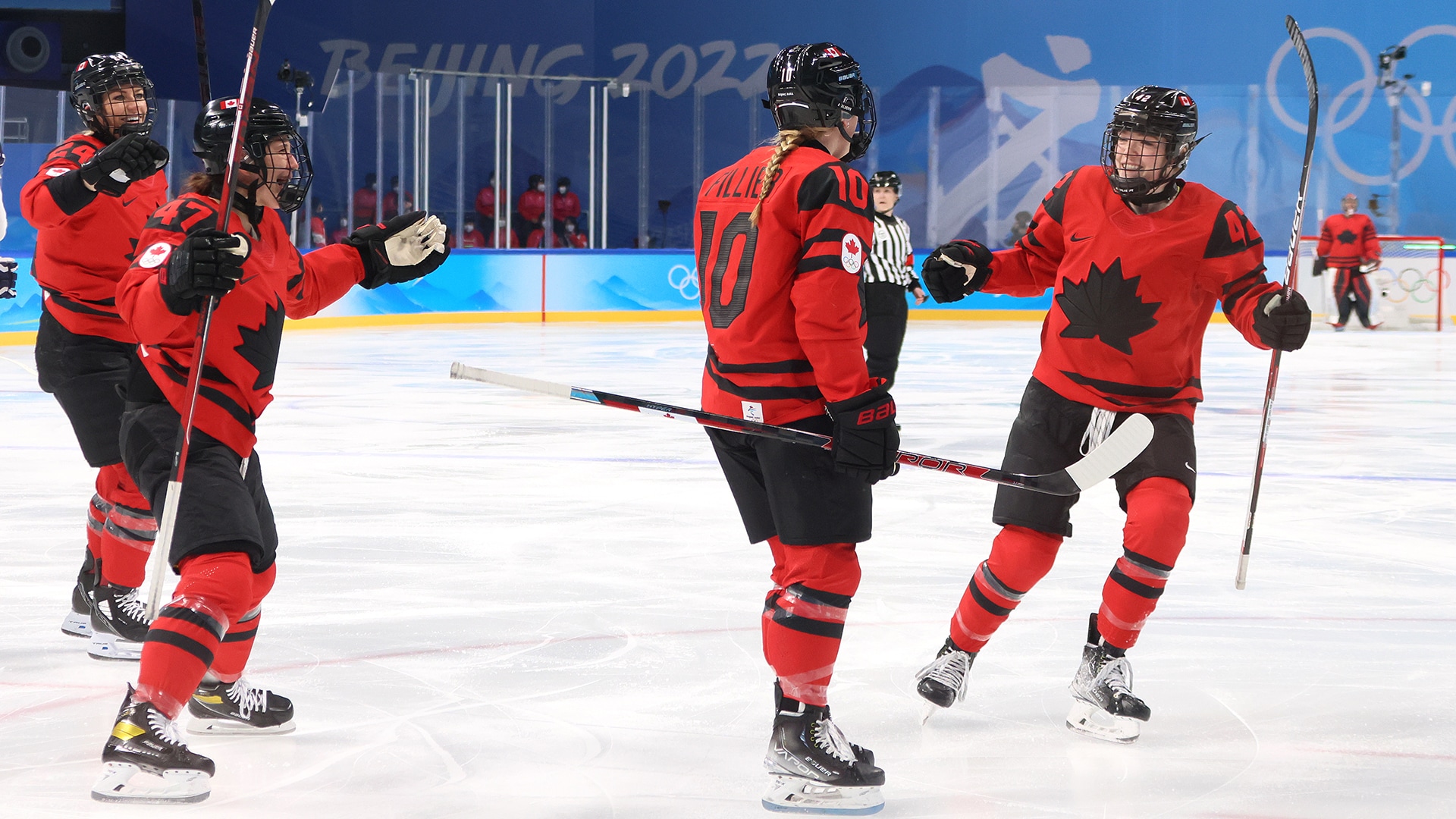 When Canada dismantled Switzerland in its opening tilt of the 2022 Winter Olympics, viewers seemed to fall into one of two camps — they were either convinced it was gold or bust for the Canadians, or they proclaimed, “Let’s see how they perform against a stronger opponent.”

Well, Canada took on a strong Finnish team late Friday night, and they put on a clinic once again, taking down the Finns by a score of 11-1.

Olympic newcomer Sarah Fillier picked up right where she left off after a two-goal, three-point effort against Switzerland, breaking the ice with a snipe just 61 seconds into the contest. The 21-year-old was left completely unguarded above the right faceoff circle and wristed a laser past Finnish netminder Meeri Raisanen, who was unable to see past a screen provided by Jamie Lee Rattray. Not long after the period’s midway point, Canada forward Sarah Nurse doubled her team’s lead with a bar-down beauty after intercepting an attempted breakout pass.

Finland’s Minttu Tuominen managed to cut the Canada lead in half just before the first intermission, but it was all Canada beyond the middle stanza. A little over three minutes into the second period, it was Fillier again who found the back of the net with an incredible backhander on the rush, giving her back-to-back two-goal performances in the first two games of her Olympic career. Nurse then scored a second goal of her own just after the game’s halfway mark, and if the two Sarahs having multi-goal games wasn’t enough, Brianne Jenner then netted a pair of goals as well.

At the second intermission, the Canadians led 7-1 and never even considered looking back. Canada potted four more goals in the third period to put a bow on the drubbing, including markers from Nurse and Jenner, who both registered the first Olympic hat tricks for Canada since 2010. After this 11-goal outburst, Canada has a grand total of 23 (!) goals in just 120 minutes of play at these Olympics.

While she didn’t find the back of the net against Finland, Natalie Spooner was outstanding yet again for the Canadians. She finished the game with a trio of assists, bringing her point total to nine (two goals, seven assists) in 28:30 of total ice time.