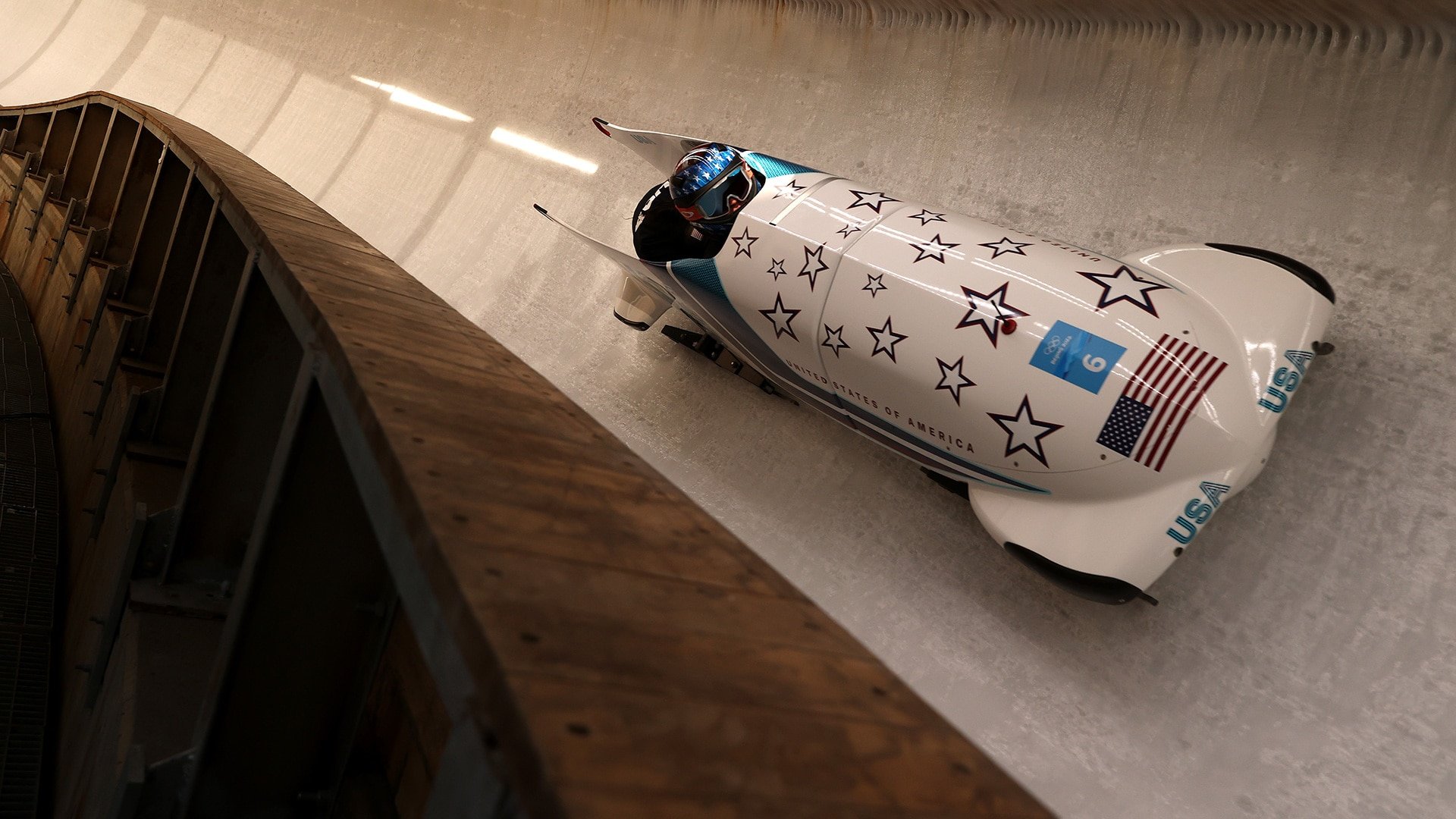 Any questions about why Kaillie Humphries dropped out of the last two monobob training heats, or if Elana Meyers Taylor lost fitness after quarantine, were emphatically quashed last Sunday after Team USA’s stars won gold and silver in the Olympics’ newest bobsledding discipline.

On Friday and Saturday, Humphries and Meyers Taylor will compete in the two-woman race, their final 2022 Winter Olympics event. Given their monobob dominance, they are again considered hot medal favorites.

SEE MORE: Humphries and Meyers Taylor talk medals: ‘This is for USA’

For this race, Humphries will drive brakewoman Kaysha Love and Meyers Taylor will be backed by pusher Sylvia Hoffman. The 24-year-old Love, making her Olympic debut, previously won two-woman gold with Humphries at the Altenberg World Cup stop in December. Hoffman, another Games newbie at  32, has trained and competed alongside both Humphries and Meyers Taylor; she and Humphries earned World Cup bronze in two events this past season.

All this to say: A repeat, one-two finish for the Americans is far from a lock.

Germany, spearheaded by Nolte, will likely pose the biggest threat – though each of the country’s three pilots has shown some sign of potential weakness. Neither Nolte nor Kalicki participated in the first pair of two-woman practice runs, for reasons unknown.* However, Nolte topped training Heats 3 and 4, while Kalicki finished second and then sixth. More significantly, Kalicki did not compete in the Olympic monobob event, while Nolte finished more than two seconds behind Humphries in that race.

Germany’s defending gold medalist, Mariama Jamanka, placed sixth in the two-woman world cup standings this season. She finished 13th in Olympic monobob – a full 4.73 seconds off Humphries. But her practice results suggest she now possesses a better understanding of the highly technical and tricky Xiaohaituo Bobsled and Luge Track, nicknamed “The Dragon:” She managed a top-four position in each heat.

While she could conceivably earn a medal, Jamanka is unlikely to repeat as Olympic champion.

Of course, the consistently impressive de Bruin could also blow away the competition. So far, she has ranked fifth, fifth, fourth, and third in her two-woman training runs.

Still, the Americans certainly have the momentum coming into the race. Following monobob, Humphries and Meyers Taylor now own four Olympic bobsledding medals – more than any other female athlete in the history of their sport.

They may share a flag, but – in the absence of a rare dead heat – Humphries and Meyers Taylor know only one can claim gold.

*As of press time, two more training heats are planned for each athlete before the event starts.