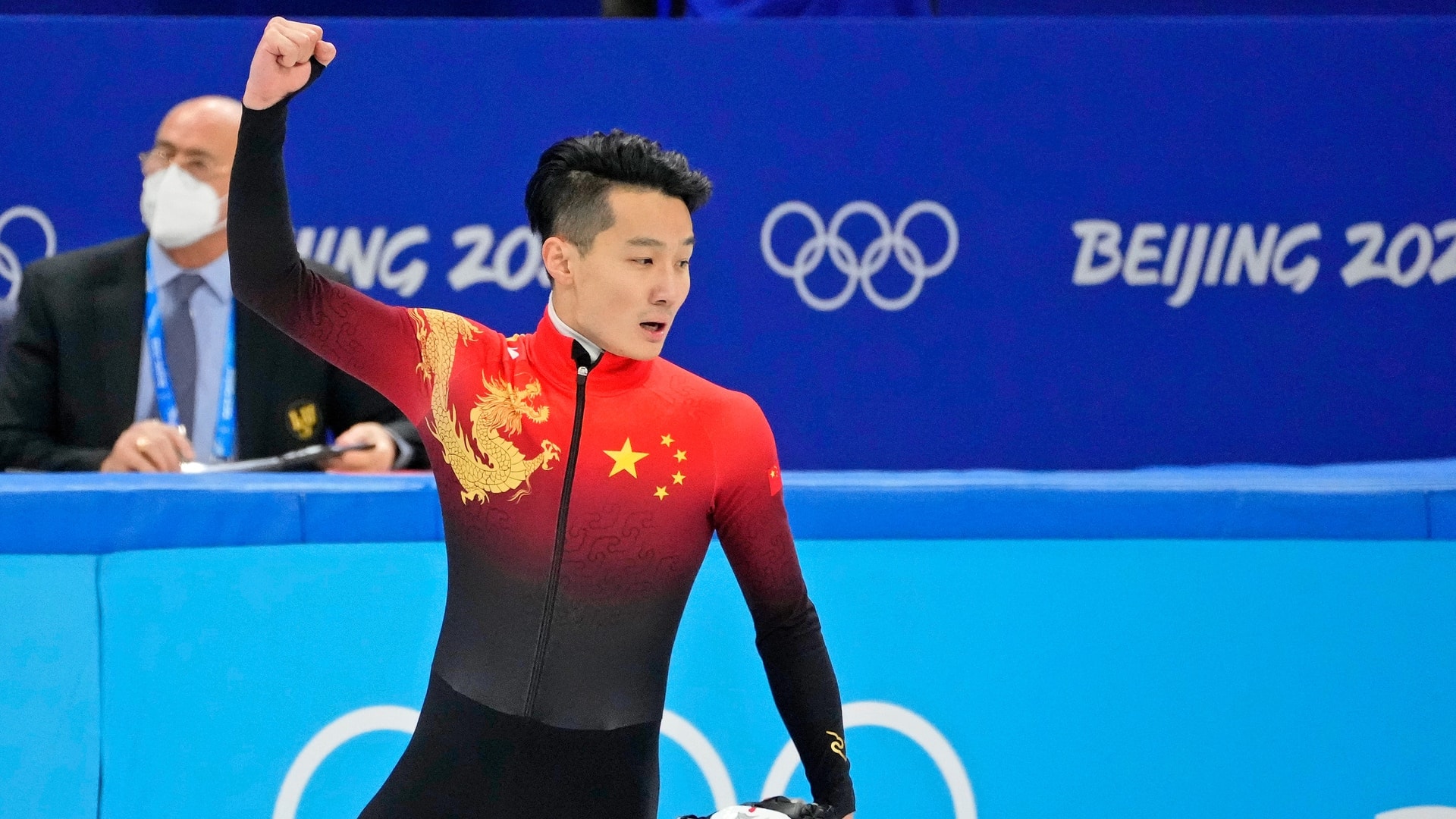 Ren finished just behind Hungary’s Liu Shaolin in the final, but Liu was penalized after a review and the victory was awarded to Ren.

Liu and Ren were battling during the entire last lap, and the Hungarian stuck out his skate to get the edge. There was contact, though. Liu was given a yellow card, signifying that he committed multiple penalties during the race.

The win for China is its second in short track at the 2022 Winter Olympics after the mixed team relay on Saturday. Ren was a part of that team and now has two gold medals.

China benefitted from a massive penalty in the semifinal, as well. South Korea’s Hwang Dae-Heon passed Ren and Li on an aggressive move inside, but he was disqualified for creating contact. That call changed the outlook of the final, as three of the five skaters in it were on the Chinese team. That created a unique strategic situation and eliminated the world record holder, Hwang.

The final was a chess match with the Hungarian brothers trying to gain an edge together while the Chinese kept them separated.

The entire men’s 1000m event was filled with drama. There were a total of 11 penalties called which resulted in a lot of crashes. The final was restarted after half the race since there was a shard of metal from a skate on the track.

Andrew Heo finished third in his semifinal, missing out on the final. He was in a race with six skaters due to advancements that occurred from a crash-heavy quarterfinal. Heo stayed patient behind the pack for most of the race before making moves to pass, but the American crossed the finish line fourth. He was jettisoned to third after a penalty was called on South Korea’s Lee June-Seo.

Heo then finished third in the B Final.

Ryan Pivirotto’s day ended early, as he fell forward after his skate dug into the ice at the start of his quarterfinal race.

Heo won his quarterfinal, a chaotic race with three skaters sliding out. He was left trailing Canada’s Jordan Pierre-Gillies after the crashes, whom he passed for the win. Pierre-Gillies was penalized and eliminated, which sent China’s Wu Dajing and South Korea’s Park Jang-Hyuk through.

More mayhem ensued when Hungary’s John-Henry Krueger, who won a silver medal for the U.S. in 2018, won his quarterfinal. Krueger was in fourth place on the final lap when a penalty from Australia’s Brendan Corey caused the three skaters in front to crash into the padding. Krueger cruised to the giftwrapped win.

There were penalties in all four quarterfinal races, seven in total. Eleven skaters reached the semifinal instead of 10 as a result, although Park did not continue due to injury.