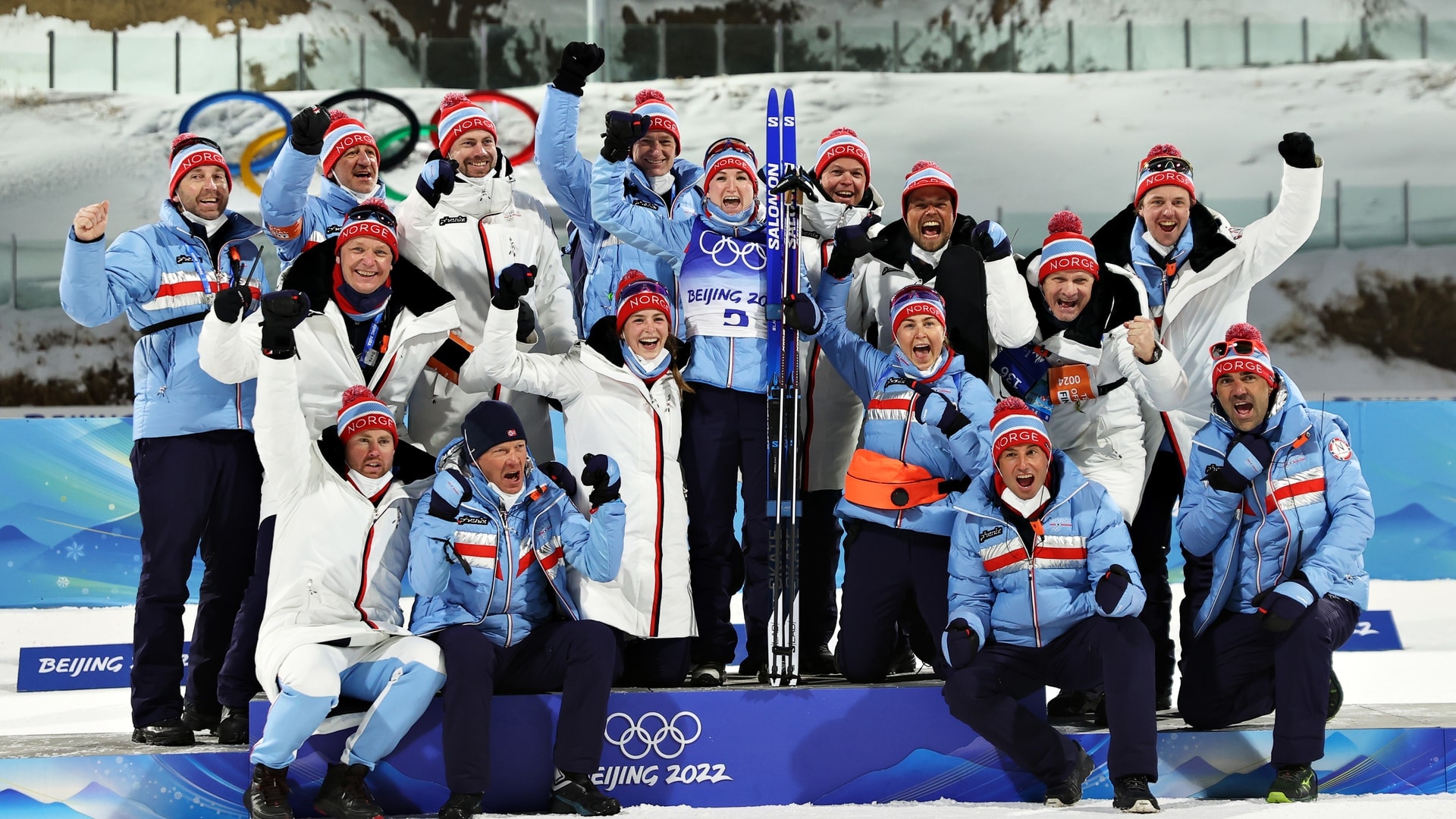 Team Norway clinched their sixth gold medal at the 2022 Winter Olympics in the women’s 7.5km individual sprint on Friday. Marte Olsbu Roeiseland is a double threat on any biathlon course with great shooting skills and unwavering confidence on her skis. She rose to the occasion to put down a gold medal performance with a time of 20:44.3 and will start the pursuit event first, competitors will have to catch her out of the gates.

Prior to the 7.5km sprint, the 31-year-old had won two Olympic medals during these Games. Roeiseland won third in the women’s 15km individual event and gold in the mixed relay. She won two silver medals at the 2018 in PyeongChang.

Roeiseland paid attention to detail and maintained a strong and composed stature on her skis as she transitioned from the prone and standing shooting stages to gradients. She couldn’t afford to miss any targets in the shooting range, and was not expected to. Roeiseland’s shooting stats have been huge over the last two months with 92% accuracy in prone and 93% in standing. Only a handful of athletes are better at shooting in the standing position. She hit every target in the prone and standing stages.

All athletes in the top five shot clean, which included Sweden’s Elvira Oeberg who took silver 30.9 seconds behind Roeiseland, and Italy’s Dorothea Wierer who rounded out the podium with bronze 37.2 seconds behind.

Among the 89 athletes who completed the sprint event was Roeiseland’s compatriot Tiril Eckoff. She finished off the podium in 11th place after missing two shots on target, one in the prone stage and the other in standing. Eckoff was comfortable in the beginning of the race with nice rhythm and effective climbing techniques on inclines, but fell off the projection to earn a medal when she had to make up for the missed targets with two 150m penalty loops.

The United States has never medaled in biathlon at the Winter Olympics. There were four athletes entered in the 7.5km sprint including Susan Dunklee, Joanne Reid, Deedra Irwin and Clare Egan. They took 27th, 34th, 37th and 46th. Dunklee did not miss any targets in the range, but fell behind in ranks because of her skiing speed.

The sprint results will directly impact the starting order of athletes in the 10km pursuit which takes shape on Feb. 13 at 4:00 a.m. ET.