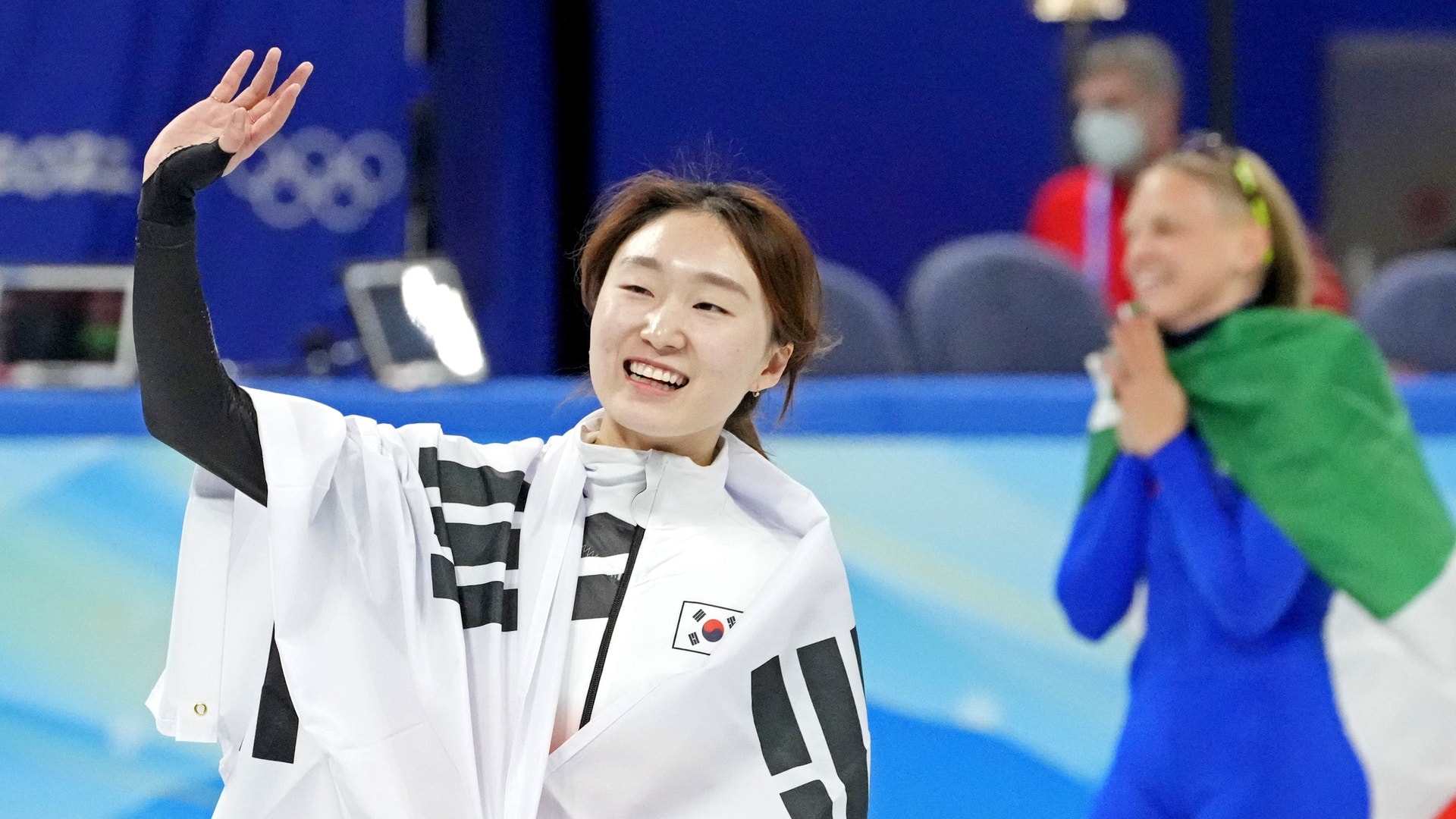 Choi grabbed the lead on the seventh of 14 laps and slowed down the pace at first. She eventually turned on the jets over the final four laps, and no one could catch her.

“I wanted to defend my gold, and it’s amazing to see my efforts pay off in the end,” Choi said. “It was really tight at the beginning. I saw it coming, and I thought I must stay strong until the last minute. Luckily I pulled it together with a good finish.”

The South Korean finished her 2022 Winter Olympics with three medals including two silvers.

Italy’s Arianna Fontana edged Suzanne Schulting of the Netherlands by 0.003 seconds for the silver medal.

Fontana earned her third podium finish of the 2022 Winter Olympics, too, and now has 11 career medals, the most in short track history. The Italian is a sprint distance specialist and had not earned a medal in the 1500m since 2014.

“I was ready, but this one, I gave it everything I have,” Fontana said. “It was the last one, and I was going to go for it. When I crossed the line I was overwhelmed again.”

Schulting corralled her fourth medal of the 2022 Olympics, the most in a single Games by a female short track skater. Viktor Ahn is the only other athlete to accomplish the feat back in 2006 for South Korea. Schulting won the gold in the women’s 1000m event and 3000m relay.

“Right now, it’s a combination of mixed feelings,” Schulting said. “I was so close, I was so strong. But it’s short track.”

American Kristen Santos missed out on a trip to the A Final after getting bumped in the semifinals. Hungary’s Petra Jaszapati shouldered Japan’s Kikuchi Sumire into Santos when she was making an outside move.

The American was not in qualifying position when she slid off course, so she advanced to the B Final and lost the chance to contend for a medal.

Santos crashed or was collided with in all three individual distances during her Olympic run. She crossed the finish line second in the B Final behind Kikuchi, who sprinted out in front of everyone and nobody chased her down.

Three Americans advanced to the semifinals as Corrine Stoddard and Julie Letai joined Santos. Stoddard and Letai, a last-minute replacement, failed to advance to a final.

“Never for once have I wavered or buckled,” Choi said. “Thanks to that I was able to finish the Games with a smile.”

The South Korean’s victory capped the short track competition at the 2022 Winter Olympics.

South Korea finished with the most total medals, five, while China, the Netherlands, Italy and Canada all collected four.

Fontana, Schulting and Choi all defended their gold medals from 2018. Fontana is now the two-time defending gold medalist in the 500m and Schulting is the same in the 1000m.

“I think that’s super special,” Schulting said. “We showed three really strong finals, and I think we can be really proud of that.”