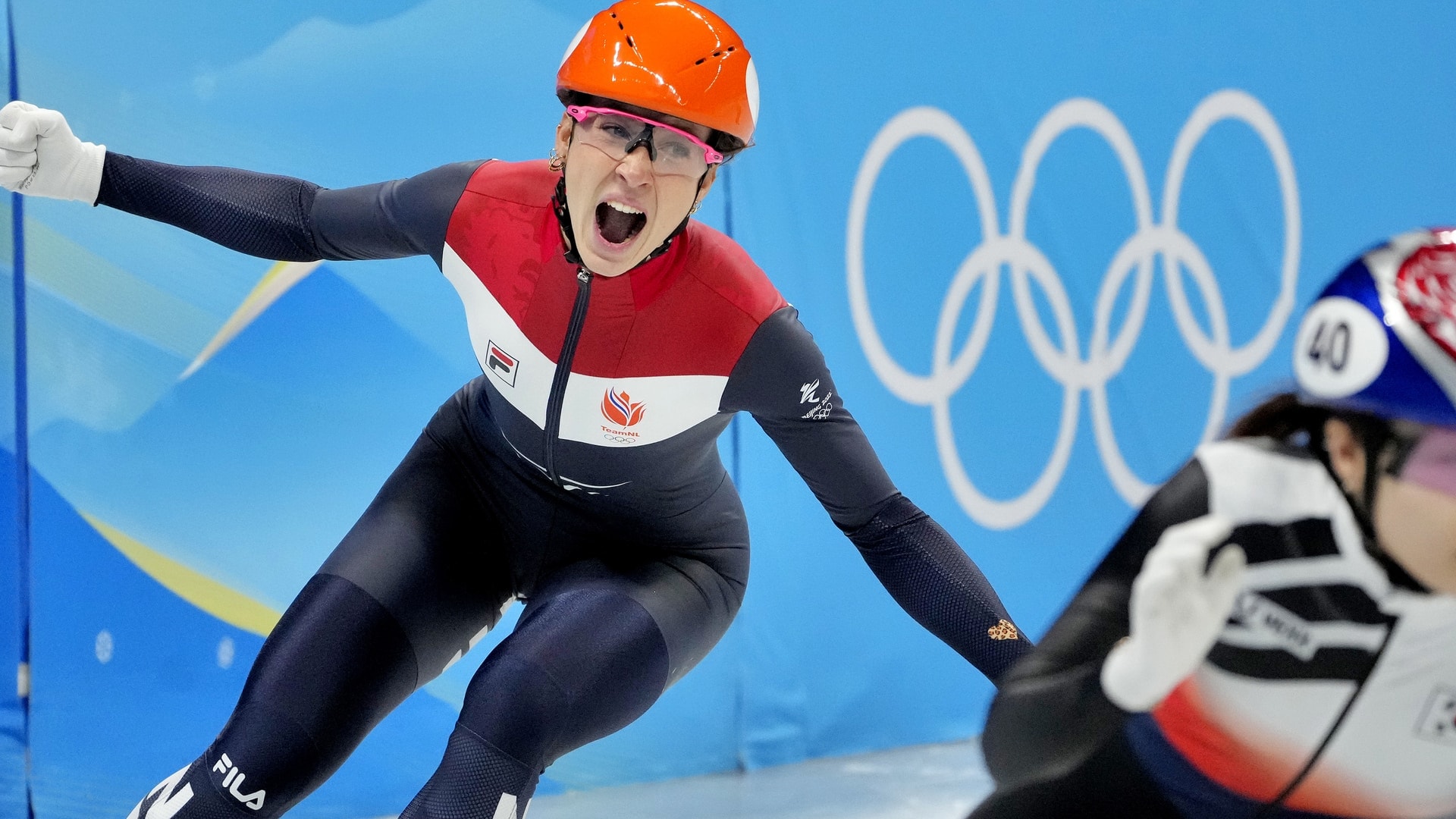 Suzanne Schulting of the Netherlands won the short track women’s 1000m gold medal for the second Winter Olympics in a row. The 24-year-old jumped out in front and held the lead for the entire final race.

Kristen Santos of the United States battled for a podium finish, but a collision with Arianna Fontana of Italy sent the two sliding into the side padding. Fontana was called for a penalty, and Santos finished fourth. Desmet was in fifth when the crash occurred in front of her.

Schulting also won the gold medal in 2018 to become the first Dutch skater to win an Olympic event in short track. She claimed titles in the women’s 1000m at the 2021 World Championships and in the World Cup standings before the 2022 Winter Olympics.

Three Americans — Santos, Maame Biney and Corrine Stoddard — reached the semifinals, but only Santos advanced beyond that.

Stoddard finished third in the B Final, while Biney crossed the line fifth.

Schulting held off Desmet for the win in Semifinal 1, but the Belgian moved on from the second-place spot after a photo finish. Biney started strong but faded down the stretch and dropped from second to fourth during the final three laps.

Santos exploded off the outside to take the lead in the seventh of nine laps during the second semifinal. She held on for the win while Fontana finished second. Choi, who led after the fourth lap, qualified with the best third-place time.

Schulting edged fellow Dutch skater Xandra Velzeboer for the first victory of the day in Heat 1. She set the world record with a time of 1:26.514. Stoddard finished in third, 1.398 seconds behind the leader, but she advanced with a qualifying third-place time.

Biney claimed a second-place finish behind South Korea’s Lee Yu-Bin in Heat 2. Ekaterina Efremenkova of the ROC attempted to pass Biney late in the race, but the American played strong defense to hold her position.

Fontana won Heat 3, as she took the lead early and held off any possible passes.

Santos took Heat 4 after a late pass of Choi. The South Korean made a move to the front in the fifth lap and Santos followed her closely.

The next events in short track are slated for Sunday starting at 6 a.m. ET. The men’s 500m competition continues with the quarterfinal, semifinal and final rounds. Medals are also at stake in the women’s 3000m relay.

Canada, South Korea, the Netherlands and China will compete for those.