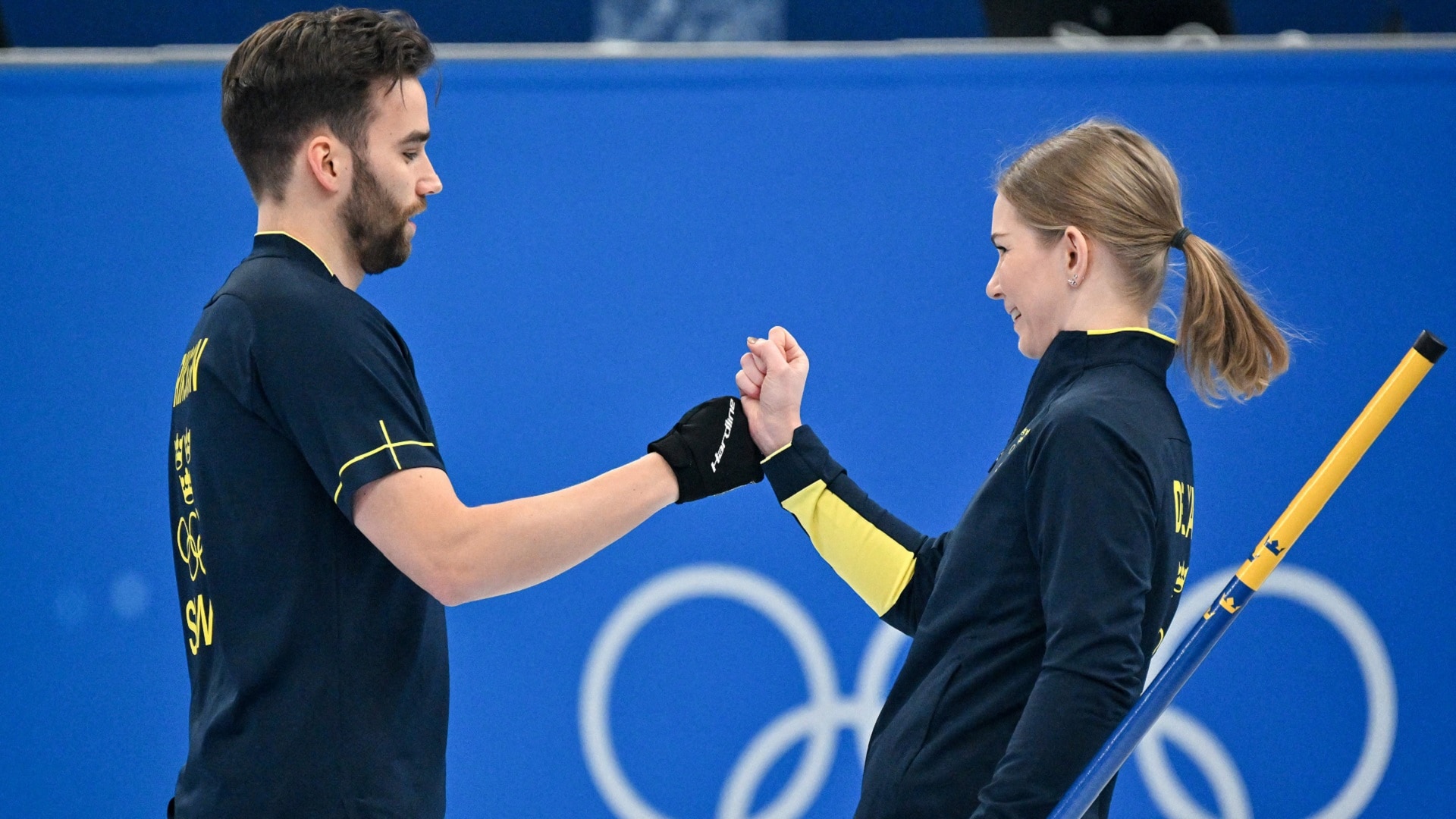 Sweden scored in four straight ends and forced Great Britain to concede after the sixth Tuesday to give Almida De Val and Oskar Eriksson the 9-3 win and a mixed doubles curling Olympic bronze medal.

Eriksson became the first curler in history to win three Olympic medals. It was the first medal for De Val, who is playing in her first Games.

Tuesday’s was the first Olympic medal for Sweden in mixed doubles curling, and the ninth Olympic curling medal for the country all-time.

Here’s a look at how the game was won for the Swedish team.

Great Britain opened the game with one point in the first.

Trailing in the second, Almida De Val’s hammer throw hit GBR’s lone stone in the 4-foot, and made the perfect bounce to hit Britain’s only other stone in the house to not only knock it out but also stay in for four points on the Swedish side.

After a timeout, Sweden’s Oskar Eriksson played a double takeout that landed on the button with two GBR stones left to play.

On Britain’s hammer throw, the stone hit the guard, allowing Sweden to steal another point.

Sweden left GBR with a very difficult position, sitting two stones on opposite sides of the 4-foot and just one rock for Britain’s Dodds.

Dodds’s throw cleared one stone, but not the back one, allowing Sweden to steal another point and score in a fourth straight set.

De Val cleared the house of everything but one Great Britain stone with Sweden’s final throw of the end.

Dodds was able to easily come away with a draw shot that scored two for GBR, but the team still conceded the game following the end, giving Sweden the 6-point win and bronze medal.