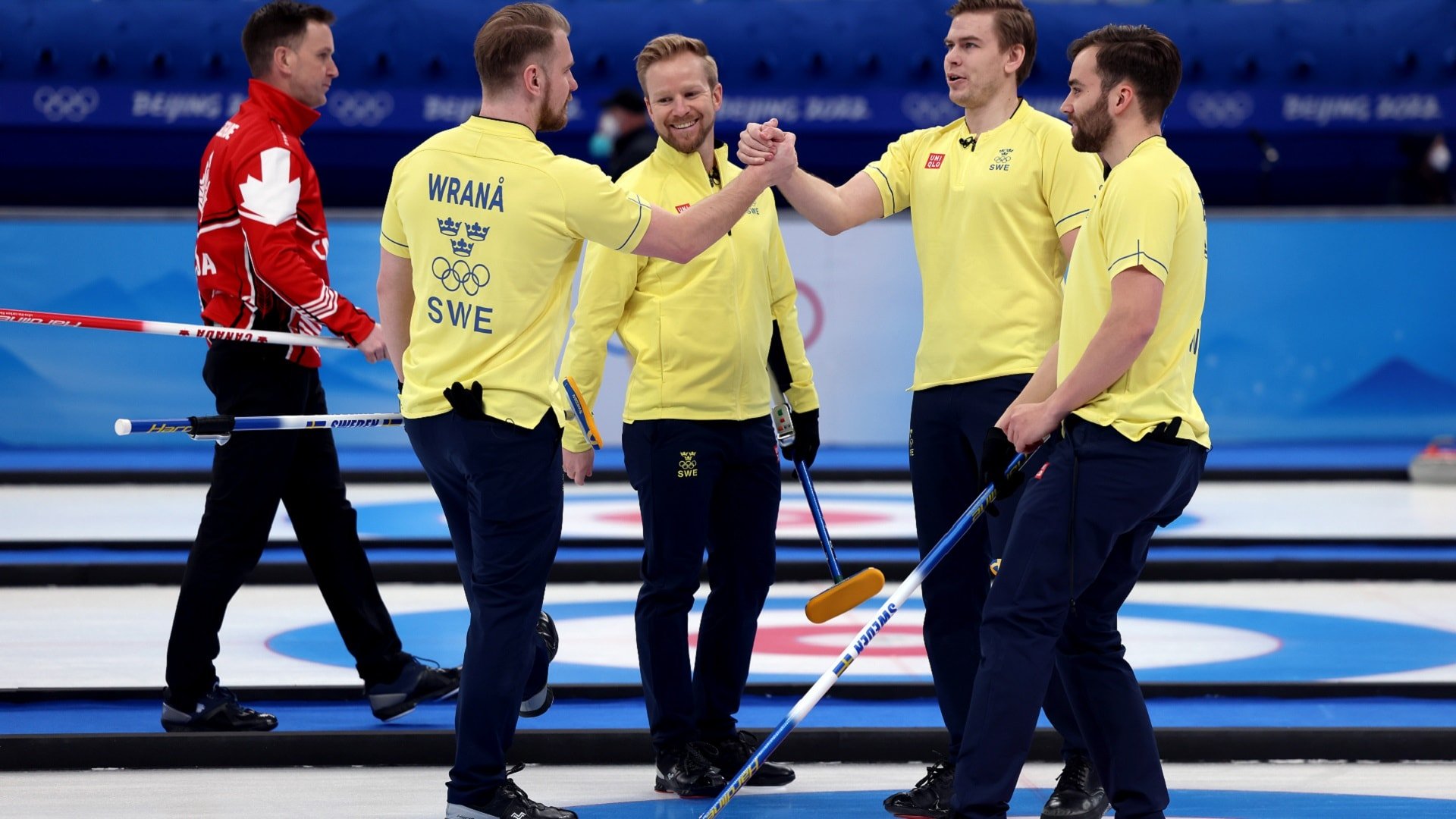 Niklas Edin’s Swedish men’s curling team was a favorite coming into the 2022 Olympics, and through four games they’re proving why.

Sweden, the defending Olympic silver medalists and winners of the last three World Championships, are the only unbeaten left in play as we take a look at the early round robin standings. One of those wins was a 7-4 victory over Team USA, the team that beat Sweden in the gold medal game in 2018.

So far in these Games, Sweden also has a 6-4 win over China, a 9-3 victory over Italy, and a 7-4 win over perennial favorite Canada.

Two of the other three spots in the semifinals are also starting to take shape, while five teams battle for the fourth.

Switzerland, now 3-1 in the Games, is currently second in the standings, and Great Britain, at 2-1, is third.

Switzerland – with wins over ROC, Canada, and Denmark, and a loss to Norway so far – is the defending Olympic bronze medalists and also finished third at the most recent world championships.

Great Britain came into the 2022 Games after finishing second to Sweden at the most recent World Championships. Bruce Mouat’s team – which plays as Team Scotland outside of the Olympics – defeated Edin’s squad in November’s European championship.

Great Britain’s lone loss in these Games came at the hands of the United States.

Speaking of the U.S., Team Shuster is tied with Canada, China, Norway, and the team from the Russian Olympic Committee for fourth place in the standings. All five teams are currently 2-2 in these Games.

Team USA defeated ROC 6-5 in their opening game, and has losses to Sweden and Norway.

John Shuster and the U.S. team finished fifth at the last two world championships, but they also came into the 2022 Games as the defending Olympic gold medalists.

Canada remains the biggest wild card of the teams at the top of the standings. While the country has perennially produced excellent curling teams, Canada is coming off of an Olympics in which it failed to podium in men’s curling for the first time since the sport began in the Games in 1998.

That was a different team than the team skipped by Brad Gushue now. Gushue won Olympic gold 16 years ago, but has not been back to the Games since.

Italy and Denmark are the lone winless teams in the standings so far.

The men’s curling tournament begins with round robin play with all 10 teams playing each other once. The top four teams at the end will all move on to the semifinals.

The full Olympic men’s curling schedule can be found here.