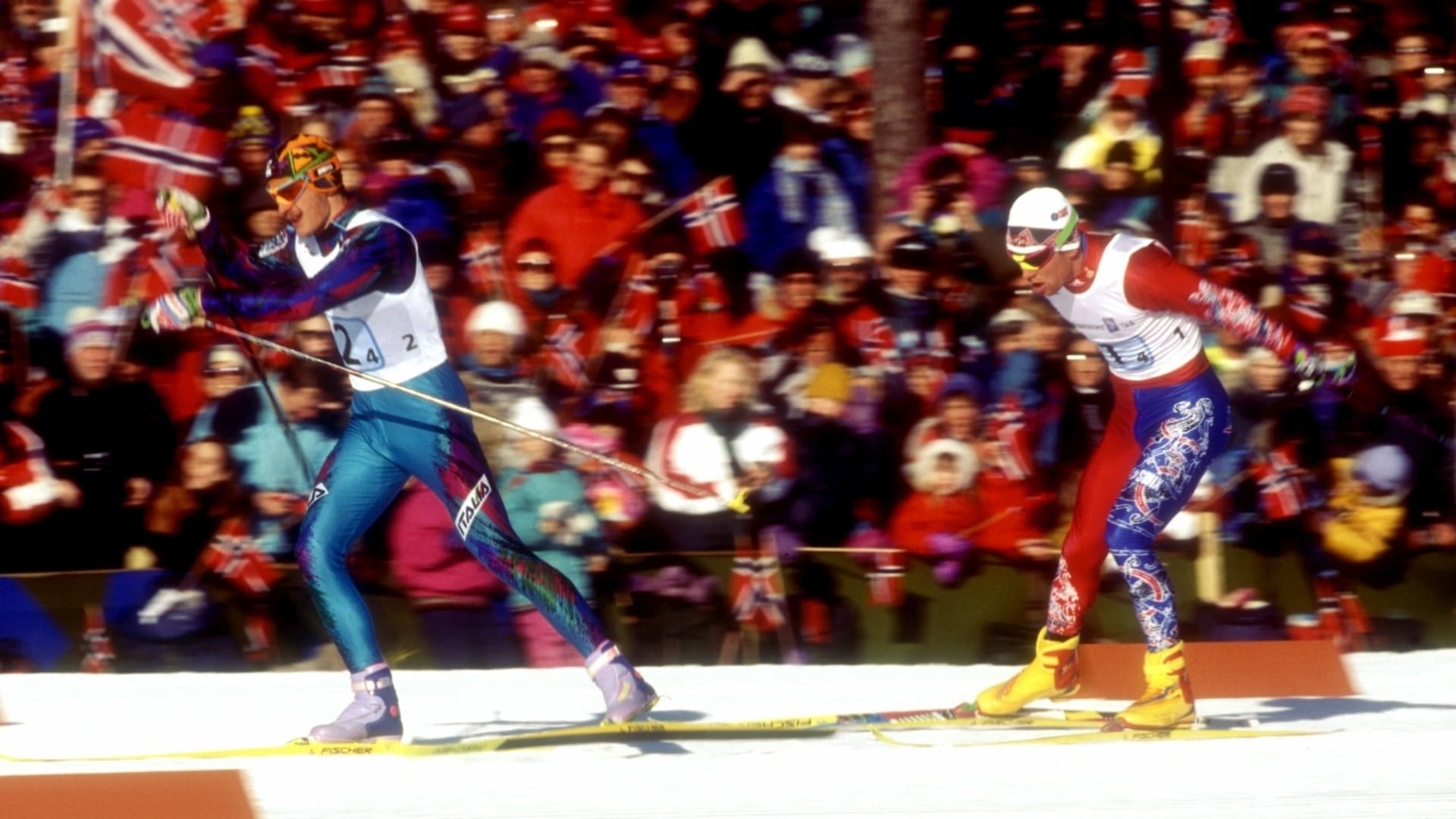 There was a time when Italy dominated the men’s 4x10km. In a long standing rivalry with Norway that dates back to the 1992 Albertville Winter Olympics, the Italian team has since seen their success in the event fade as Norwegians maintained their tight hold on the event. The Norwegian team, now spearheaded by Johannes Hoesflot Klaebo, continued to elevate the skills of their athletes into the 21st century far beyond what Italian skiers were capable of in the 90’s.

The golden era of the Italian 4x10km relay reached its highest intensity in the 90’s when the men’s team was led by Marco Albarello in the first half of the decade. Albarello went up against Norway’s star skier Bjorn Daehlie in the 1992, 1994 and 1998 Winter Games. The Italian’s stopped a Norwegian three-peat from happening in 1994 Lillehammer and won their last gold medal title in the 4x10km relay in 2006 Turin.

While the Italians only won one Olympic gold medal in the relay during 1994 on Norwegian home turf, they took home silver every other time to keep Finland at bay. In the four Winter Olympic Games where Norway and Italy had secured the first and second spots on the podium in the men’s relay, less than a second separated them overall in 120km.

Giorgio Vanzetta, who would become an integral part of the Italian relay team, won individual Olympic medals prior to the relay including the 50km freestyle with teammate Maurilio De Zolt, and 15km freestyle pursuit. The Italian team had proved they had the physical capabilities in their freestyle and classic skiing techniques to clinch gold in the 4x10km relay, but fell short. Norway took gold at the start of their rivalry with a time of 1:39:26.0.

On Norway’s home turf, they were expected to take home gold again for a repeat of their 1992 Olympic performance in the men’s 4x10km relay. Similar to the Italians performance in Albertville, the Norwegians found the podium in cross-country skiing events including the 30km freestyle event prior to the relay. Their success led fans to believe they would secure Olympic gold with no problem. There was no noticeable leader at the beginning and middle of the race. It all came down to a nailbiter in the last quarter.

Italy’s Silvio Fauner beat Norway’s Daehlie in his own game. Daehlie, up until that point, had been the master of distance events and previously took home gold in the pursuit and 50km in 1992. He lost grip on his skis in the final home stretch to the line and Fauner beat him to it in less than half a second. Norway had been dethroned on home turf.

After their humiliating loss at home in the 1994 Lillehammer Winter Olympics, Norway surged to take back-to-back gold in the 4x10km relay. They reclaimed first place with two tenths of a second ahead of Italy. A new race plan that switched Daehlie and Alsgaard in the Norwegian line up aided in their return to gold. In their last relay race for the Italian team, Albarello and Fauner took silver.

The Games in 2002 at Salt Lake City was a turning point for Norway and was the first time they competed in the relay without legend Daehlie. They went into the event with a whole new lineup of Andres Aukland, Frode Estil, Kristen Skjeldal and Thomas Alsgaard. Skjeldal was a part of the 1992 relay team and Alsgaard was the lone member from the glorious run the Norweigans had in 1998. Like the competition in 1994 Lillehammer, this time the Norweigans came out on top, downing the Italians in slight lead of no more than three tenths of a second. Alsgaard beat Zozi to the line with a time of 1:32:45.5.

This was the first Winter Olympics where Norway was off the podium. Italy’s Cristian Zorzi made his second appearance at the Winter Olympics and widened the gap between first and second to solidify their first relay gold since 1994. Zorzi led the  field with 5.6 ahead of the German team who took silver. The Norweigans were out of striking range of a podium finish and ended the race in fifth. They had not yet won a gold medal in cross-country skiing at these Games prior to the relay.

16 years later, a lot has changed. Italy has not been on the 4x10km relay podium since 2006. Sweden became the new relay champion and won back-to-back gold in the event in 2010 and 2014. Daniel Rickardsson, Johan Olsson and Marcus Hellner were staple members in the Swede’s relay team, but could not maintain the momentum they had in the early 2010’s. Norway came back to win the relay in 2018 in PyeongChang after missing out on gold for three Olympic cycles. Norway took silver in 2010 Vancouver.