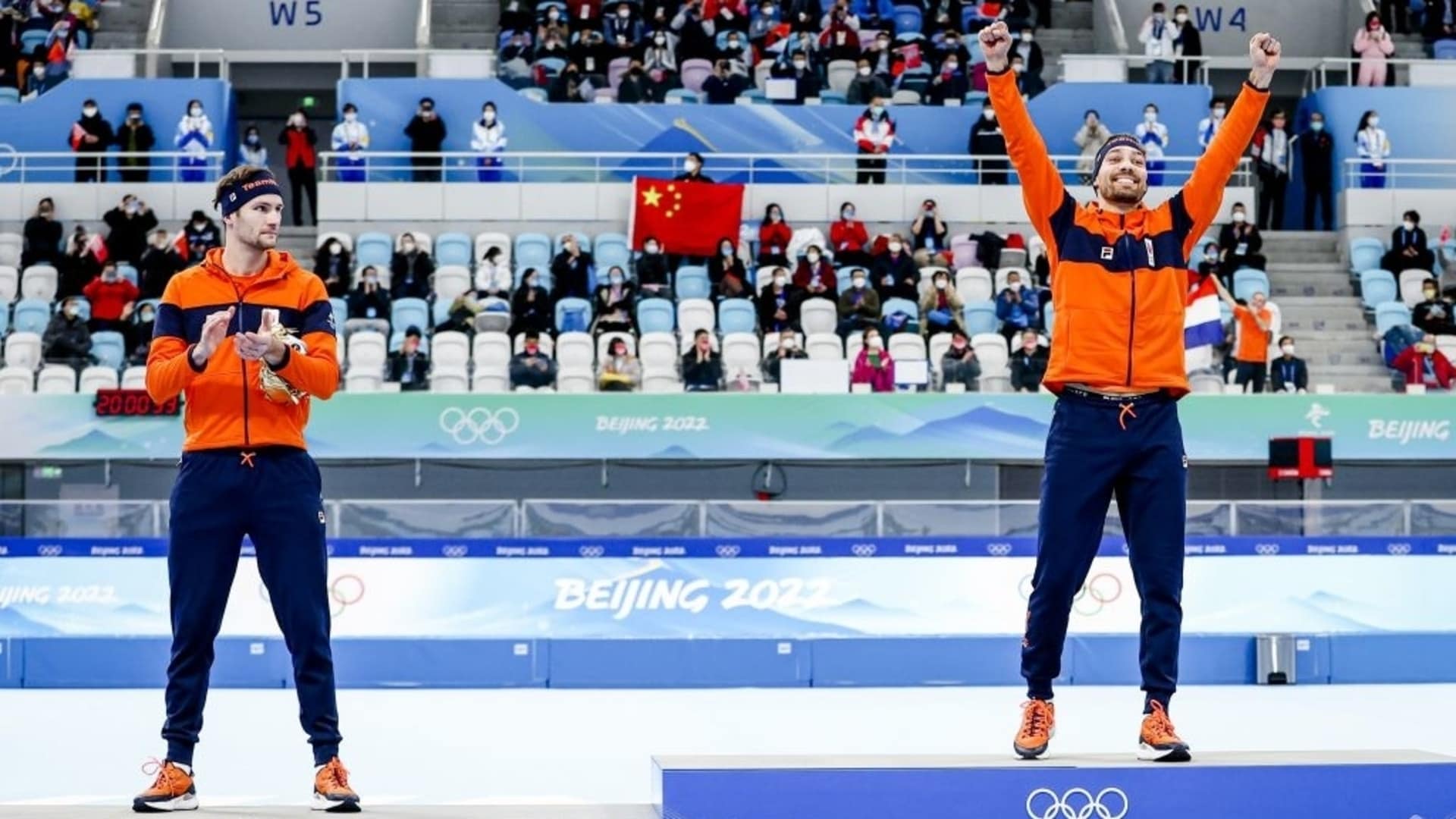 Krol raced in the 10th of 15 pairings to step up to the line. His Dutch teammate, 2018 Winter Olympic gold medalist Kjeld Nuis, was next.

“I thought f—, this is going to hurt,” Nuis said. “He really pushed himself. It was his best race of the season.

Nuis fell behind Krol’s pace through the first 700m of the race, but he soared to the finish to set the Olympic record at 1:43.21.

“I really hoped my time would have been enough, and for a few minutes I thought it would be,”Krol said. “Unfortunately, that wasn’t the case. I am still happy with the silver. I finish today with my head held high.

“It has been a fantastic race and the best man won today. Even though I’ve been defeated today, I am still a world champion and an Olympic silver medalist.”

Nuis also bested Krol at the Dutch Olympic Trials and 2021 European Championships in the men’s 1000 by 0.51 seconds combined.

Krol is the second speed skater to set an Olympic record and miss out on a gold medal at the 2022 Winter Olympics.

Patrick Roest, also of the Netherlands, ran into the same situation in the men’s 3000m in a loss to Sweden’s Nils van der Poel, although he held onto the record for longer than three minutes.

Krol has the 1000m race left to compete for gold, and Tuesday’s defeat still provides a boost of confidence.

“I skated the best race when it mattered most,” Krol said. “This is a pretty good start. Today’s race and my speed gives me a lot of confidence for the 1000m.”

Krol is performing in his first career Winter Olympics.

Nuis won the 1000m gold medal at the 2018 Winter Olympics, but he did not qualify for 2022. With the title up for grabs, Krol is one of the prime contenders.

“My dream is to be an Olympic champion and I will do everything I can to achieve that in the 1000m,” Krol said.

See NBCOlympics.com for the speed skating schedule and full results from the men’s 1500m.