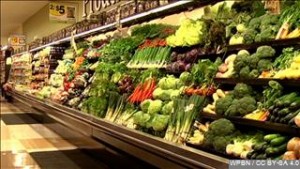 (NBC News) Three people have died and at least 558 have been infected in an outbreak of salmonella linked to imported cucumbers, federal officials said Tuesday.

Although the company that distributed the vegetables has recalled them, more infections are being diagnosed by laboratory tests, the Centers for Disease Control and Prevention said. Of the infected consumers, 112 have been hospitalized and more than half of them are children.

The three deaths were in Arizona, California and Texas.