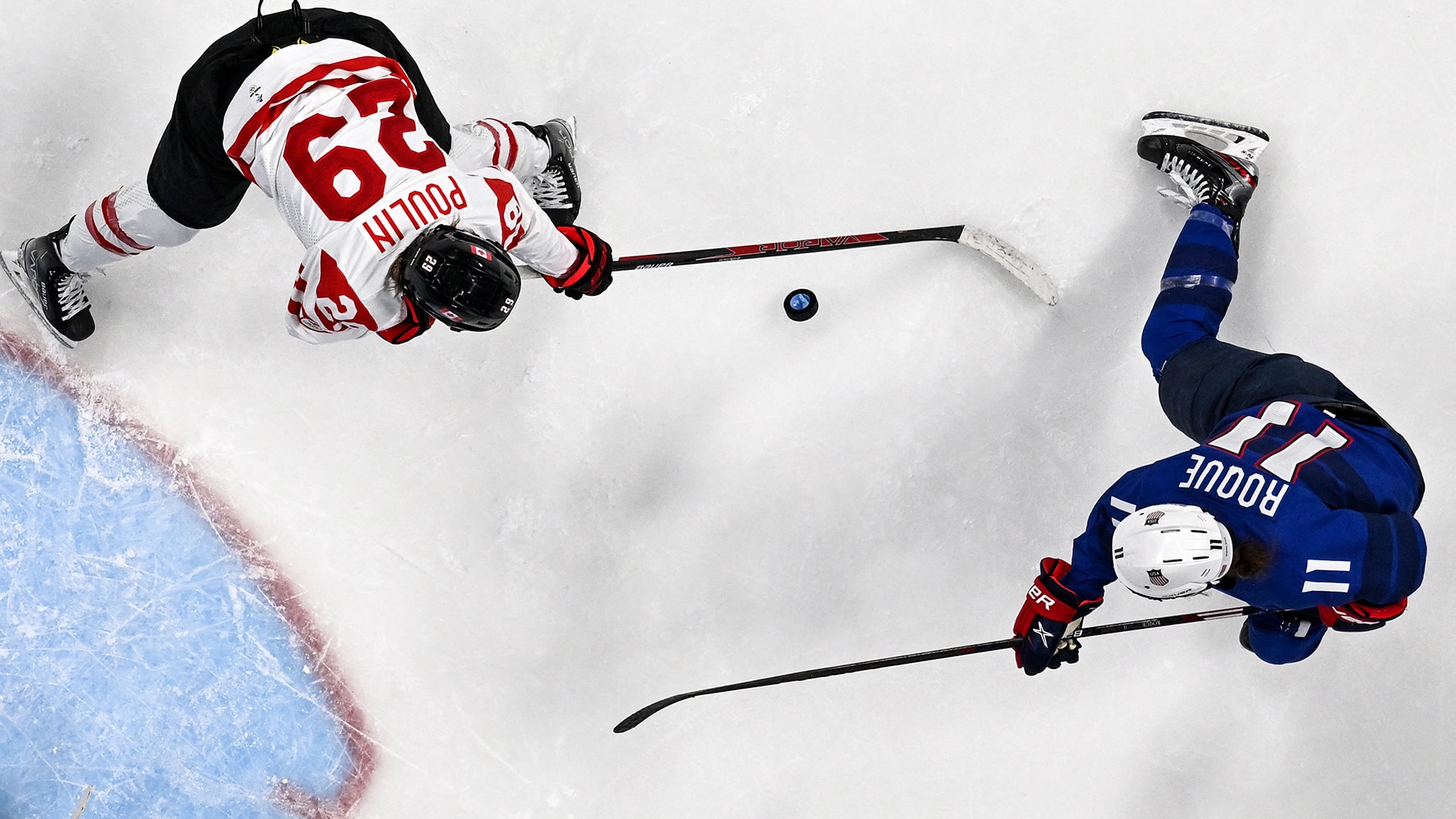 The games had to be played, but every true hockey fan knew before the 2022 Winter Olympics even began that it would come to this.

There’s no love lost between these two hockey powerhouses. The Americans and Canadians have squared off for gold in five of the six Olympics in which women’s hockey was included as an event. They know each other about as well as a pair of adversaries possibly can, and there’s nothing that motivates each squad more than the thought of beating one another. Especially when there’s a title on the line.

And if you ask those on the front lines, there’s no comparison. This rivalry is unlike any other in recent memory.

“It’s wonderful hockey, it’s the most beautiful rivalry in sport,” said U.S. forward Hilary Knight. “It gets the best and the worst out of both of us at the same time. It’s a wonderful game.”

The Canadians have the 3-2 edge over the Americans in their five Olympic gold medal meetings to date, but when it comes to the Women’s World Championship, the Americans reign supreme, having won gold in eight of their last 11 clashes with Canada in the title game.

Of course, it’s the U.S. currently holding the Olympic crown from PyeongChang. Who can forget the Americans’ electrifying shootout victory and the emergence of the beautiful “Oops, I Did It Again” move?

Certainly not Canada. That loss has haunted the Canadians since 2018, and they’re hungry to reclaim the gold at this year’s Games at any cost.

“Everyone is excited and prepared. We worked all year for this, we worked so hard, so we’re going to be ready to go in that final game and really give it our all,” said Canada forward Rebecca Johnston.

“That gold medal is definitely on our mind.”

As it should be. The Canadians have been unstoppable throughout this year’s tournament, outscoring their opponents 54-8 en route to a perfect 6-0 record in the lead-up to the title game.

The Americans have impressed as well, though. While the U.S. has “only” managed 28 goals through their six Olympic contests — barely over half of Canada’s goal production in the same amount of games — the Americans’ defense has been nothing short of stellar. They’ve held their opponents to just eight goals in 360 minutes of play and have dominated the possession game, outshooting their foes 334-95, which is utterly mystifying.

The U.S. has lost just one game since the start of this year’s tournament, and, of course, it came at the hands of Canada. But while the Americans were unable to defeat Canada during group play, they still played quite well against their neighbors from north of the border. They heavily outshot the Canadians 53-27 in their preliminary tilt, but only managed to score on one of their six opportunities on the power play, and it cost them dearly.

Still, the Americans know that if they play a game similar to the one they played against Canada in the prelims, they’ll have a very high probability of successfully defending their title from PyeongChang.

“You just have to keep going. That happens sometimes. Over the course of seven games not every chance is going to go in or you hit a little rut,” said U.S. forward Amanda Kessel after the defeat to Canada. “I think that if we keep doing what we’re doing the floodgates are going to open.”

While the Americans’ return to the gold medal game was expected, they faced some stiff competition in the knockout rounds. The Czechs gave U.S. hockey fans a scare in the quarterfinals when they briefly held a lead in the game’s middle period, but the Americans quickly responded and earned the big 4-1 victory.

Finland then gave the U.S. fits in the semifinals. A high-danger scoring chance late in the game’s opening period nearly gave the Finns the lead, but a pair of clutch pad saves from Alex Cavallini kept the game scoreless and swung momentum in her team’s favor.

Though the U.S.’s two playoff games may have raised some heart rates, they likely also helped prepare the squad for its biggest challenge yet. Now the Americans are hoping they’ve picked up enough steam from their gutsy wins over the Czechs and Finns to carry them to a gold medal victory again.

Puck drop for the gold medal game between the U.S. and Canada is set for Wednesday night at 11:10 p.m. ET. The game can be streamed on NBCOlympics.com, the NBC Sports app and Peacock, and it will be televised nationally on USA with a re-air set for Thursday evening at 5 p.m. ET.