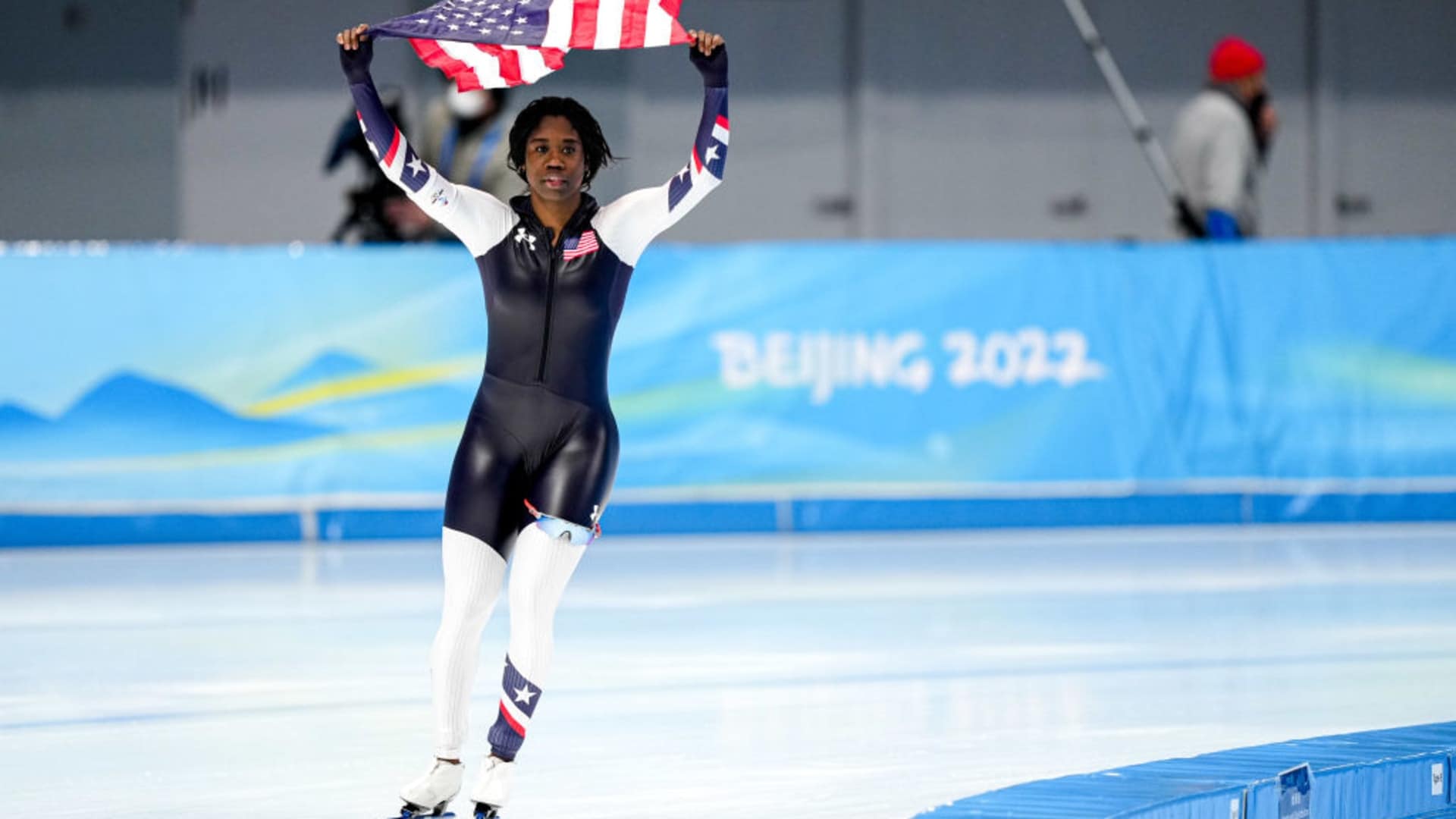 Erin Jackson from Ocala, Florida, won the women’s 500m gold medal on Sunday with a 37.04 time. Jackson is the first Black woman to win a speed skating medal in Olympics history, and her victory ended the United States’ 28-year gold-medal drought in the women’s 500m.

She reflected on the significance of her achievement after the race.

“I just hope it will do something for the sport,” Jackson told the media. “Hopefully more people will see this and will be, ‘Oh, maybe I should try some of these winter sports.’ I just hope to be a good example.”

Her win sparked reaction from her current teammates and U.S. speed skating alumni like Bonnie Blair, the last American woman to win the 500m in 1994.

Jackson shared an embrace with her teammate and friend Brittany Bowe after the medal-winning run.

At Olympic Trials in January, Jackson slipped and nearly missed out on making the team. Bowe gave up her spot believing that Jackson had the team’s best shot at winning. Eventually the U.S. gained another qualifier, and they both got to compete.

“(Jackson) is a role model for so many people, and I think what she did tonight is going to be a springboard to give so many little girls and boys the opportunity to look up to someone that they haven’t been able to look at and relate to,” Bowe told the media. “She’s an incredible human, an incredible athlete. I can’t put it into words how proud I am of her.”

Biney posted an Instagram story on Sunday that said, “Can’t get over this moment for her!!! She’s been absolutely killing it these past few seasons and it’s paying off now!”

Kimi Goetz was the third American to race the 500m on Sunday, and she also took to Instagram to send her congratulations.