With the U.S. women’s unbeaten record in 3×3 basketball in the balance, Kelsey Plum confidently stepped behind the two-point arc and let fly.

The shot hit nothing but net, giving Plum 10 points for the game but more importantly putting the U.S. at the 21-point threshold needed to end the game and beat a physical Chinese team 21-19.

The ragged game was not the most intelligent effort for the U.S. women in this tournament. Plum made several ill-advised drives on isolation plays and steered herself into trouble, with 6-foot-4 Zhang Zhiting controlling the lane. The defense was a step slow, allowing China to convert 11 of 17 1-point shots. Fortunately for the U.S., China was less successful from behind the arc, hitting four of 12.

And when it counted, Allisha Gray made the difference, entering the game with two minutes to play and blocking two shots in the next 30 seconds.

With the win, the U.S. clinched a bye to the semifinals. The ROC (4-1), which faces France in the next game on the docket, can still tie the U.S. for first place in the group, but China (4-2) cannot. Neither can the Americans’ final group-stage opponent, Japan (4-2).

The top two teams in the eight-team pool move straight to the semifinals. The next four play in the quarterfinals.

Stefanie Dolson was too much for Italy as Team USA stayed unbeaten with a 17-13 win on Monday.

The Italians hung tough with the favored Americans before falling to 2-4 on the tournament.

Earlier, winless Mongolia put a scare into France (2-3) before succumbing 21-18.

Mamignan Toure scored her only three points of the match after Mongolia had made it 18-18 with under two minutes on the clock. 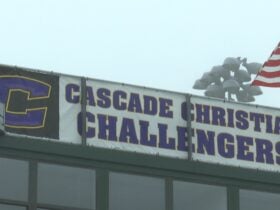