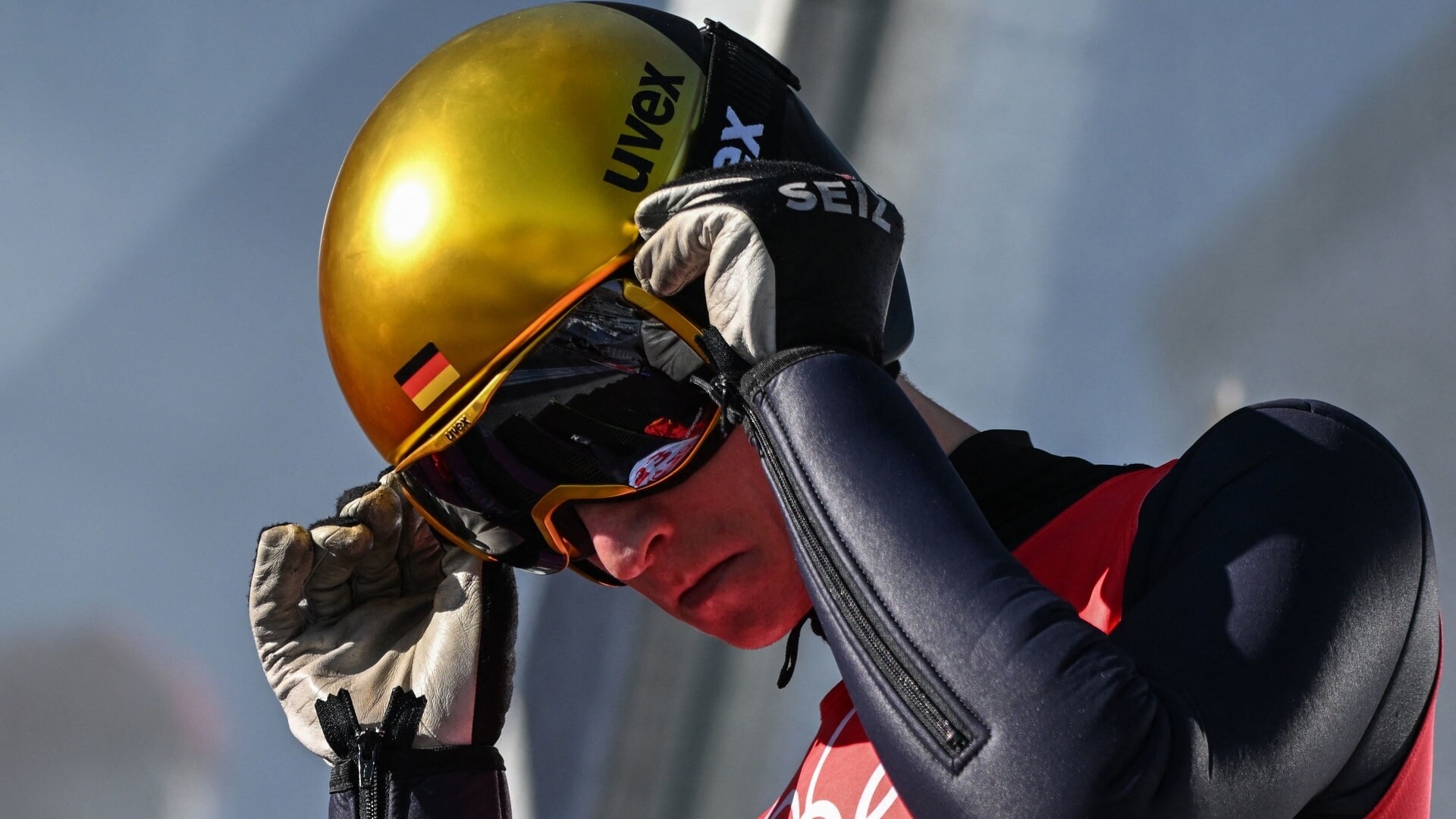 Karl Geiger adjusting goggles as her gets ready to jump

Following the men’s individual normal hill qualification round, ski jumpers gear up for the 1st and final round of competition of the event. Norway’s Marius Lindvik and Robert Johansson take the top two spots. With a jump distance of 100.5 earning him 116.7 points, Lindvik had the most points in the qualifying round. Coming up just .1 points short behind Lindvik with 116.6 points, Johansson landed the farthest jump of the competition with 103.0.

While the Norwegians were the top finishers, Japanese star Ryoyu Kobayashi should not be underestimated in the finals. Although the ski jumping icon had a satisfactory run and placed fourth during qualifications with 111.4 points, he did not perform as well as fans hoped he would. Enjoying a stellar season, Kobayashi won his second Four Hills tournament in January and is second in the World Cup standings. He sits right below Germany’s Karl Geiger who is currently ranked first overall for the 2021/2022 season. Kobayashi’s female counterpart Sara Takanashi also placed fourth in the women’s normal hill final.

Also a huge contender to finish the run with a medal is Austria’s Stefan “Krafti” Kraft. Kraft took first place at the world championship in the men’s large hill. As one of the most decorated athletes in ski jumping, Kraft has won both the Ski Jumping World Cup and Ski Flying World Cup twice and is the world record holder for the longest ski flying jump soaring to 253.5m. He placed fifth behind Kobayashi, with 108.5 total points.