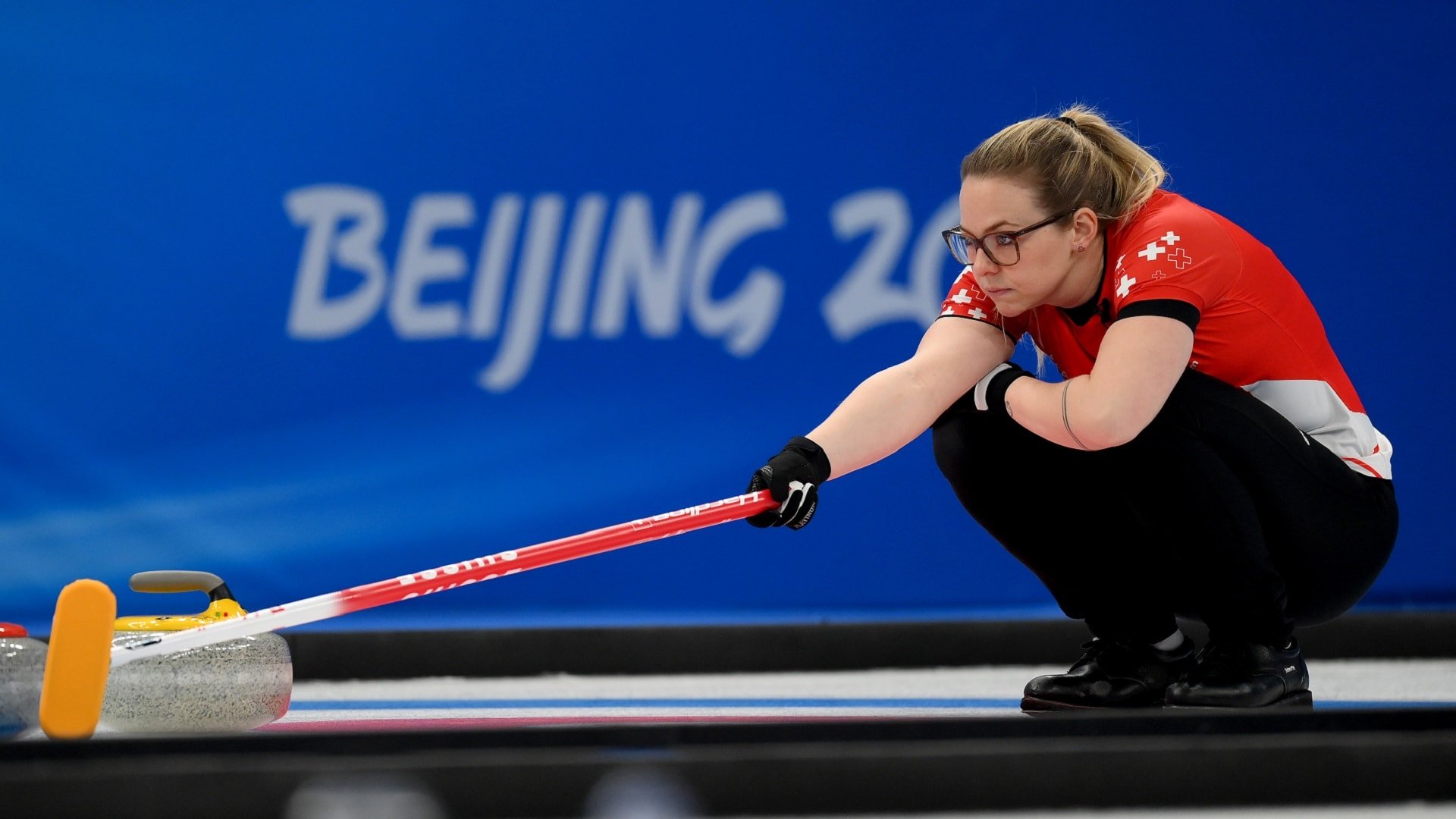 Switzerland continues to take down all comers in these Winter Olympics. The Swiss women’s curling team improved to 5-0 with an 8-4 9-end win over Canada Sunday.

The game was close until the final three ends when Switzerland scored a combined five points.

Canada led 4-3 after six, and Switzerland tied it with one in the seventh.

In the eighth, Switzerland skip Alina Paetz put her team’s final stone right on the top of the 4-foot to lie two, and Canada’s Jennifer Jones was unable to come up with the takeout on the hammer throw, allowing the Swiss to steal two and go up two.

Paetz’s team stole two more in the ninth. In the tenth, Switzerland took out of Canada’s only two stones with two rocks remaining, forcing the Canadians to concede the game early and hand the Swiss team the win.

Switzerland will take a session of play off and return to play defending gold medalists Sweden at 7:05 a.m. ET Monday.

China picked up its second win of the 2022 Games, while dropping South Korea, the defending silver medalists, to 2-2 with a 6-5 win in 11 ends Sunday.

With South Korea lying two in the tenth, China’s Yu Han got a cross-house double takeout to take away South Korea’s chances of scoring multiple points for the win.

South Korea’s EunJung Kim instead settled for a draw for one to tie the score at 5-5 and force an extra end.

Kim got a takeout to lie one in the 4-foot on their final throw in the 11th, while leaving a takeout option open for China with hammer.

Han got the tapout and sat it for one as the Chinese fans in the stands erupted into cheers.

A low-scoring game turned into a big win for Great Britain Sunday in a 7-2 defeat of Denmark in nine ends.

Three ends in total were blanked in the contest, and GBR led 3-2 heading into the eighth.

Great Britain scored one in the eighth to extend their lead to two.

In the ninth, Madeleine Dupont’s final throw for Denmark had too much weight and went through the house, allowing GBR to score three and extend their lead to five. Dupont’s team conceded the final end from there.

Team GBR took an early 2-0 lead in the first on a draw shot into the 4-foot by Eve Muirhead.