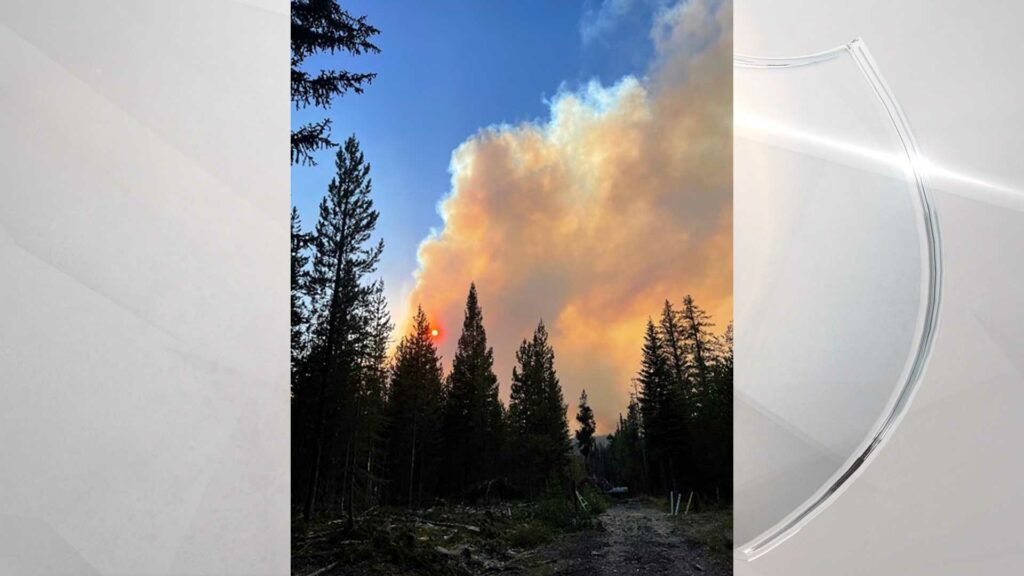 IMNAHA, Ore. — Firefighting efforts in northeastern Oregon took on a more ominous tenor Tuesday as authorities ordered the evacuation of a Wallowa County community in the path of the Double Creek Fire, just one of several fires ringing the Wallowa National Forest.

In an updated list of evacuations Tuesday afternoon, the Wallowa County Sheriff’s Office added the community of Imnaha to a list of Level 3 “GO” evacuation orders.

The Double Creek Fire grew to cover at least 53,500 acres by Tuesday, expanding along a mountain ridgeline running just east of the Imnaha River and west of the Idaho state line.

“Critical fire weather conditions are expected Tuesday night through Wednesday night with hot, dry, breezy conditions. Additionally, there will be a slight chance for showers and thunderstorms Wednesday afternoon and evening.”

Despite the chance of showers, officials noted there likely wouldn’t be any significant precipitation to speak of — just an increase in “erratic and gusty winds” up to 45 mph.

Task forces with the Office of the State Fire Marshal were assigned to protect homes and other structures while developing a plan to protect the town of Imnaha.

On the other side of Wallowa County, to the south and west, fire crews were also contending with a constellation of similarly lightning-caused fires. The largest and most threatening of those was the Sturgill Fire, last estimated at more than 14,600 acres burning roughly south of Lostine.

Like the Double Creek Fire, the Sturgill Fire caused Gov. Kate Brown to invoke the Emergency Conflagration Act as its growth began to threaten structures. It’s since been subsumed under the same OSFM command that has been managing Double Creek.

Fire officials said that crews are working to protect nearby private property such as Red’s Horse Ranch and the Minam River Lodge. Officials have also closed trails around the Sturgill Fire due to expected increased fire behavior.

Here are the Wallowa County evacuations that were in place as of Tuesday afternoon: