MEDFORD, Ore. – Fire crews responded to explosions and a large fuel fire near the intersection of South Central Avenue and Boyd Street in South Medford just before 10 p.m. Tuesday.

A 3rd Alarm was called requesting extra resources to fight the fire. Roadways in the area were closed and nearby businesses were evacuated. Reporters at the scene said the main fire was at the Pacific Pride Industrial Fuel Station along South Central Avenue.

According to Medford firefighters, they were working to contain runoff from above-ground fuel silos and called in a “heavy foam” unit from the airport.

Medford police are investigating the cause of the fire.

Wednesday morning, the area around North Riverside at Barnett Avenue has been reopened. However, all left turns between Barnett and 12 Street along this portion of North Riverside are closed off due to the complexity of the fire which caused safety and environmental risks.

Pacific Pride is working with a contractor to do an initial assessment and to clean up any hazardous materials.

Anyone with further information about the fire is asked to call Medford police. 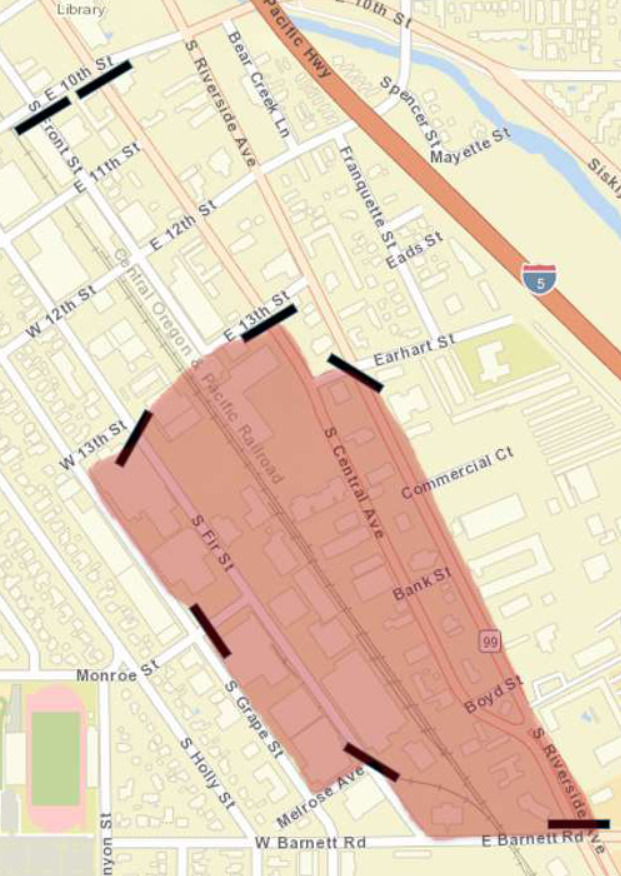