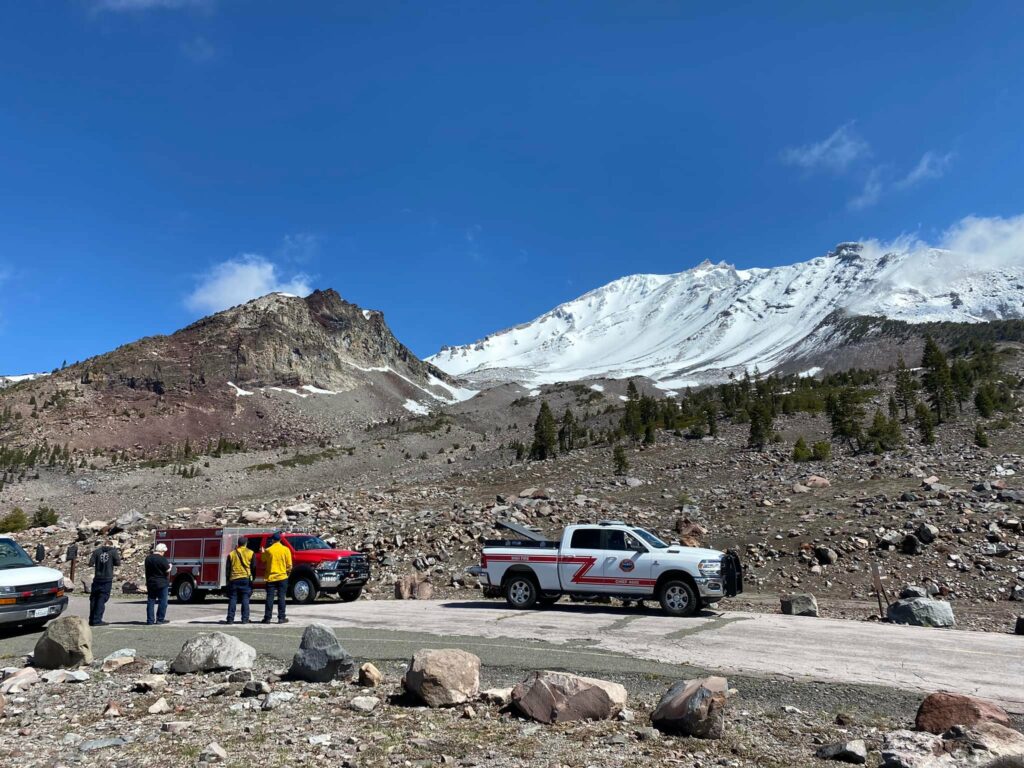 Update (06-06-22, 5:00 p.m.) – At about 4:40 p.m. Monday, the Siskiyou County Sheriff’s Office said it was in coordination with an additional rescue operation on Mt. Shasta. This third operation reportedly involves multiple climbers who were airlifted to nearby hospitals with serious injuries.

The sheriff’s office said that four climbers were taken to the hospital by helicopter as recently as 3:00 p.m.

Both incidents happened near the Avalanche Gulch route.

There were no updates on the condition of the climbers.

Other climbers are being advised the conditions on the mountain will be poor for the rest of the week.