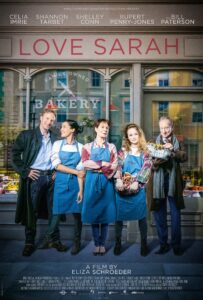 ASHLAND, Ore. — If you enjoy comedy and baking, you may want to check out the Ashland Independent Film Festival’s Best of the Fests, “Love Sarah”.

The British film follows three generations of women who establish a bakery in London.

Following the film, a Q&A with the director will play.

“The pastries are the real star of the movie, they’re just beautiful. Every time you see them, you will just be so hungry,” said executive and artistic director for AIFF, Richard Herskowitz.

Tickets for the film cost $10.