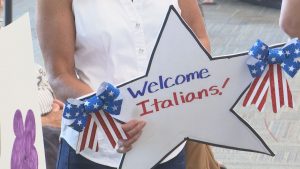 Mayor Maurizio Marello along with distinguished guests, including the Councilwoman for Alba’s sister cities (of which there are seven), will be in Medford for four days.

He visited Medford back in 2010 and wanted to visit again before the end of his mayoral term in 2019.

Mayor Morello will be meeting Medford Mayor Gary Wheeler to continue to strengthen the relationship between the two cities while also honoring the Sister City Program, which started back in 1985.

Every other year, the two cities exchange 30 high school students to live with a host family for three weeks. The academic-cultural exchange includes trips to local tourist attractions.