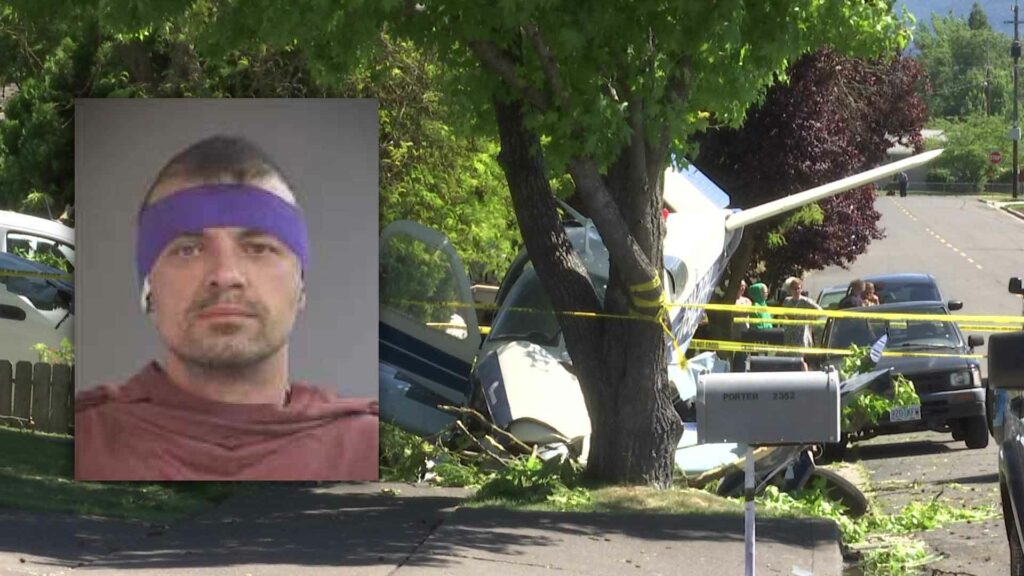 MEDFORD, Ore. – An Idaho man has agreed to a plea deal with federal prosecutors two and a half years after crashing a private plane in Medford that was carrying illegal marijuana.

According to federal documents, 41-year old Boise, Idaho man Mathew William Thompson is pleading guilty to one count of “possession with intent to distribute.”

He and his passenger, Zachary Wayne Moore, crashed their plane just after takeoff south of the Medford airport on June 8th, 2019. The men managed to avoid hitting any homes or injuring anyone else while doing so.

The two suffered minor injuries and were charged with felony drug trafficking.

Moore previously pleaded guilty as well and served just over a year in prison.

According to documents from the U.S. Department of Justice, Thompson could be sentenced to up to 5 years in prison and pay a fine of up to $250,000.