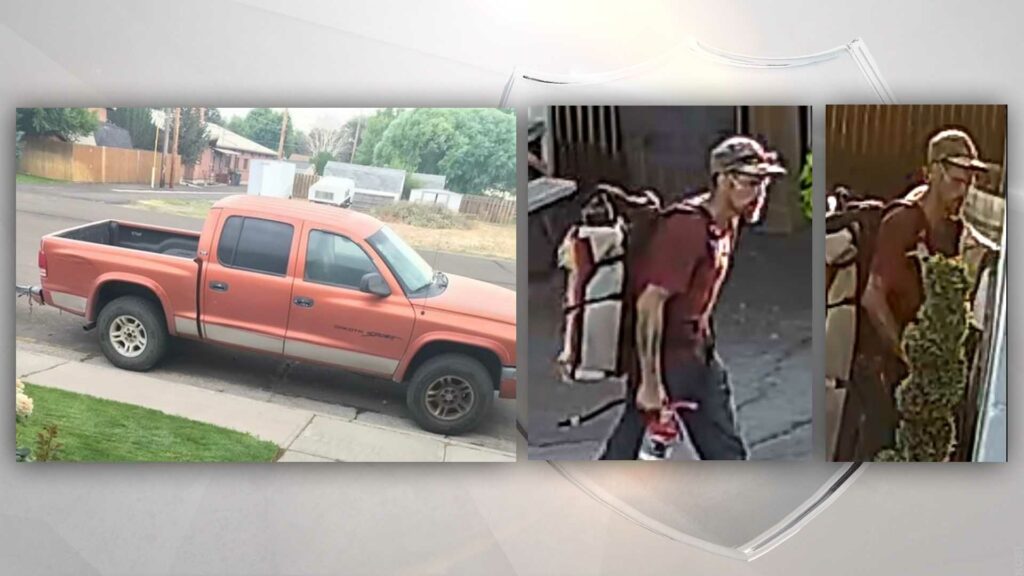 Update (09-15-22, 3:00 p.m.) – OSP said the suspect has been located and is in custody. Further updates will be provided as more information becomes available.

LAKE COUNTY, Ore. – Oregon State Police troopers are telling the public to be on the lookout for a potentially dangerous suspect who was last seen in southcentral Oregon.

OSP said on the morning of Wednesday, September 14, deputies in Humboldt County, Nevada, were in pursuit of a suspect who is wanted in connection with several violent felonies committed from Salt Lake City, Utah to Elko, Nevada. These crimes include multiple burglaries, at least one home invasion, and a shooting in Elko Tuesday night.

The suspect was last known to be driving a burnt orange/silver 2001 Dodge Dakota four-door pickup truck that was listed as stolen in Elko County. It has Nevada plate 436-NTR.

The suspect is described as a white man, approximately 6 feet tall with a thin build and a beard. He may be wearing a black jacket, brown pants, and a baseball cap. The pants were also described as tan and camouflage.

According to investigators, the suspect was last seen traveling northbound from the small community of Plush in Lake County in the stolen pickup truck.

Oregon State Police said the suspect has committed prior home invasions and carjackings. He’s considered armed and dangerous and should not be approached.