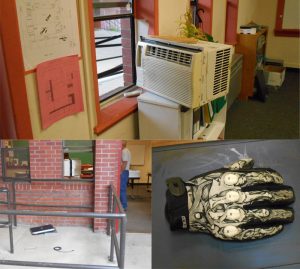 Rogue River, Ore. – Police are investigating after two computers and a USB drive were nearly stolen from a Rogue River elementary school.

Police said that no fingerprints were found, possible due to the suspect(s) wearing gloves. A single glove was left at the scene of the crime.

RRPD said that the investigation in ongoing.