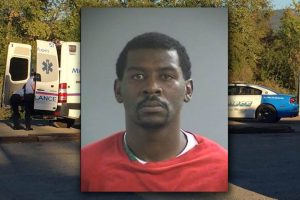 Medford, Ore. – The Jackson County Sheriff’s Office says they believe the body of a man who went missing after he jumped into Bear Creek to escape deputies in January has been found.

Around 6:20 Wednesday evening, Medford Police responded to a report of a body behind OK Market on Riverside Avenue.

On Thursday, the Jackson County Sheriff’s Office said the remains are believed to be that of Leonard Daniel Johnson of Klamath Falls. Johnson was last seen on January 28th when JCSO says he ran into Bear Creek while running from deputies.

The mother of Johnson’s three children told NBC5 News in February that she feared he was swept away by the current. She said, “I know he messed up or whatever but still he’s a person and he needs to be found, I just think that they would be looking more in the river, and searching and looking for him because he has a family who needs him.”