Donations can be made online at United Way of Jackson County or by texting FIREFUND to 26989.
Home
News
Top Stories
U.S. & World
Chris Christie advocates for masks after battling COVID-19 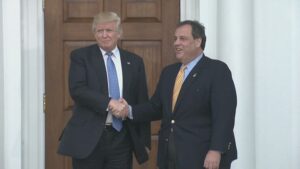 Christie spent seven days in the hospital in intensive care.

He was one of a number of people with ties to the White House who tested positive for COVID-19 at around the same time as President Trump.

Christie said he was wrong not to wear a mask during recent visits to the White House, including debate preps and the nomination ceremony for Supreme Court nominee Amy Coney Barrett.

Christie, a longtime Trump ally, said he has recovered from his illness and he thanked his doctors for their care.

He did distance himself from President Trump, calling on every public official, regardless of party or position, to advocate for every American to wear a mask in public, appropriately social distance, and washing you hands frequently every day.