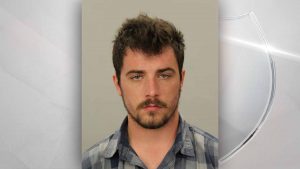 Coos Bay, Ore. – A Coos Bay teacher was arrested for his part in an alleged unlawful relationship with a student.

According to the Coos Bay Police Department, they received a report of an inappropriate relationship between a Marshfield High School teacher and a minor student on September 7.

The report alleged the relationship occurred during the previous school year.

The teacher, identified as 24-year-old William A. Paget, was immediately placed on administrative leave pending the results of a criminal investigation.

On September 13, police said Paget was taken into custody at his Coos Bay home.

The investigation is ongoing. Anyone with further information about this case is encouraged to call police.