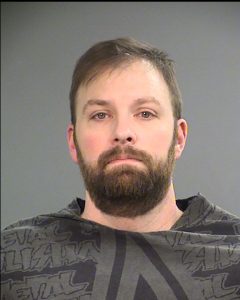 Update (08/23/18 2:35 p.m.) – On Thursday, a judge sentenced Donald Biggs to 188 months in federal prison for “transport with the intent to commit criminal sexual activity with a minor.”

Original story: MEDFORD, Ore. – A former youth pastor who pleaded guilty to a sex crime charge was attacked in a courtroom by the father of one of his victims.

Prosecutors said Donald Biggs secretly took videos of young girls who were changing clothes at his home during church events without their knowledge. His accusers said the same thing happened on church trips.

Investigators said Biggs committed the crimes while working at mtn. church in Medford. The church placed him on leave in January 2015. He pleaded guilty to child pornography charges in February 2018.

On August 22, Biggs’ sentencing hearing at a federal courthouse in Medford was interrupted when the father of one of his victims physically attacked Biggs.

Paramedics and first responders arrived at the scene at about 1:30 p.m. The condition of Biggs is not yet known.