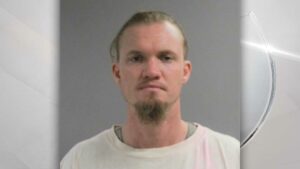 MEDFORD, Ore. — A local man accused of shooting and killing a father and son in Rogue River last week was formally indicted on murder charges.

Joshua Robert Miller is accused of shooting Shane and Duane Roork at a home on Evans Creek Road on the afternoon of November 4.

Police say Miller then fled in the woods for roughly 36 hours before his arrest.

Miller remains behind bars in the Jackson County Jail. The next hearing in his case is scheduled for November 16.