CENTRAL POINT, Ore. – Police are investigating a fatal crash that occurred on Foothill Road near the intersection of Corey Road.

Just after 8:00 a.m. on Monday, January 29, police responded to the 6700 block of North Foothill Road near the Jackson County Sports Park.

According to the Jackson County Sheriff’s Office, a sedan traveling northbound on the highway left the roadway for unspecified reasons. It then hit a tree and caught fire.

When first responders arrived at the crash, the car and tree were fully engulfed in flames.

The driver, the only one in the vehicle at the time, was pronounced dead at the scene. The driver’s name will be released once a medical examiner makes a positive identification. The driver’s family has been notified.

North Foothill Road between Corey Road was closed for about three hours while police investigated. It has since been reopened.

Police released no further information about the crash. 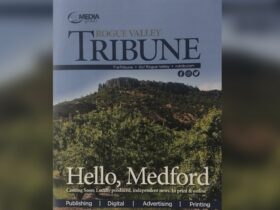