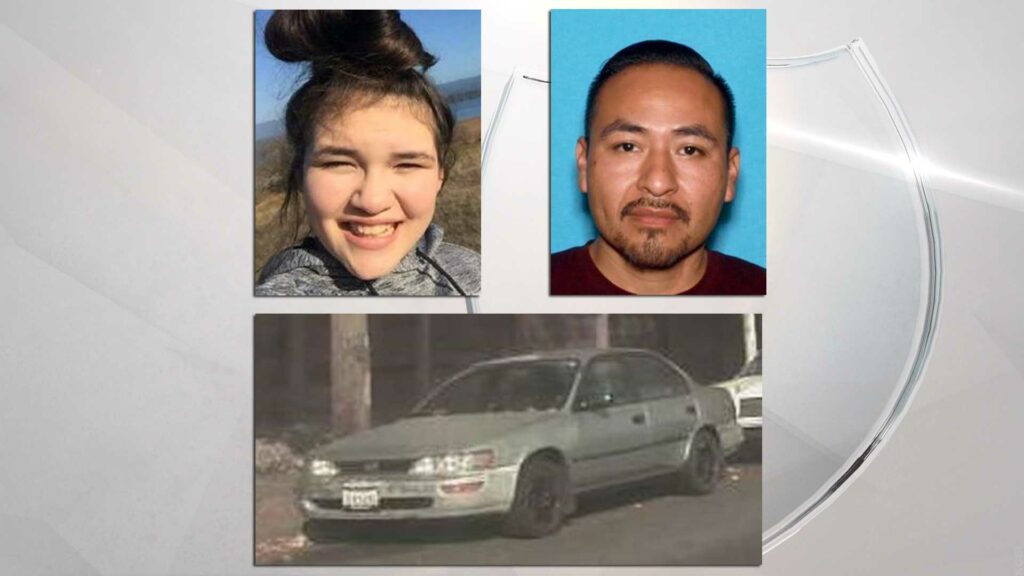 NORTHERN CALIFORNIA – The Federal Bureau of Investigation issued a new advisory about a missing girl who was last seen this past summer.

The Crescent City Police Department said Katuana Whisenant was reported as a “runaway” on July 23, 2021.

It was believed she may have been headed to Santa Rosa, California. Investigators later stated she could have been taken by her stepfather, 39-year-old Santos Flores-Roman.

On March 31, 2022, the California Highway Patrol sent out an “Endangered Missing Advisory” saying Whisenant may be at risk. The advisory was issued on behalf of the FBI and is targeted toward residents in Tehama, Shasta, and Siskiyou Counties.

Flores-Roman is described as 5’4” tall, weighing 175 pounds with black hair and brown eyes.

They’re both associated with a 1993 silver Toyota Corolla with California plate 3FKR698.