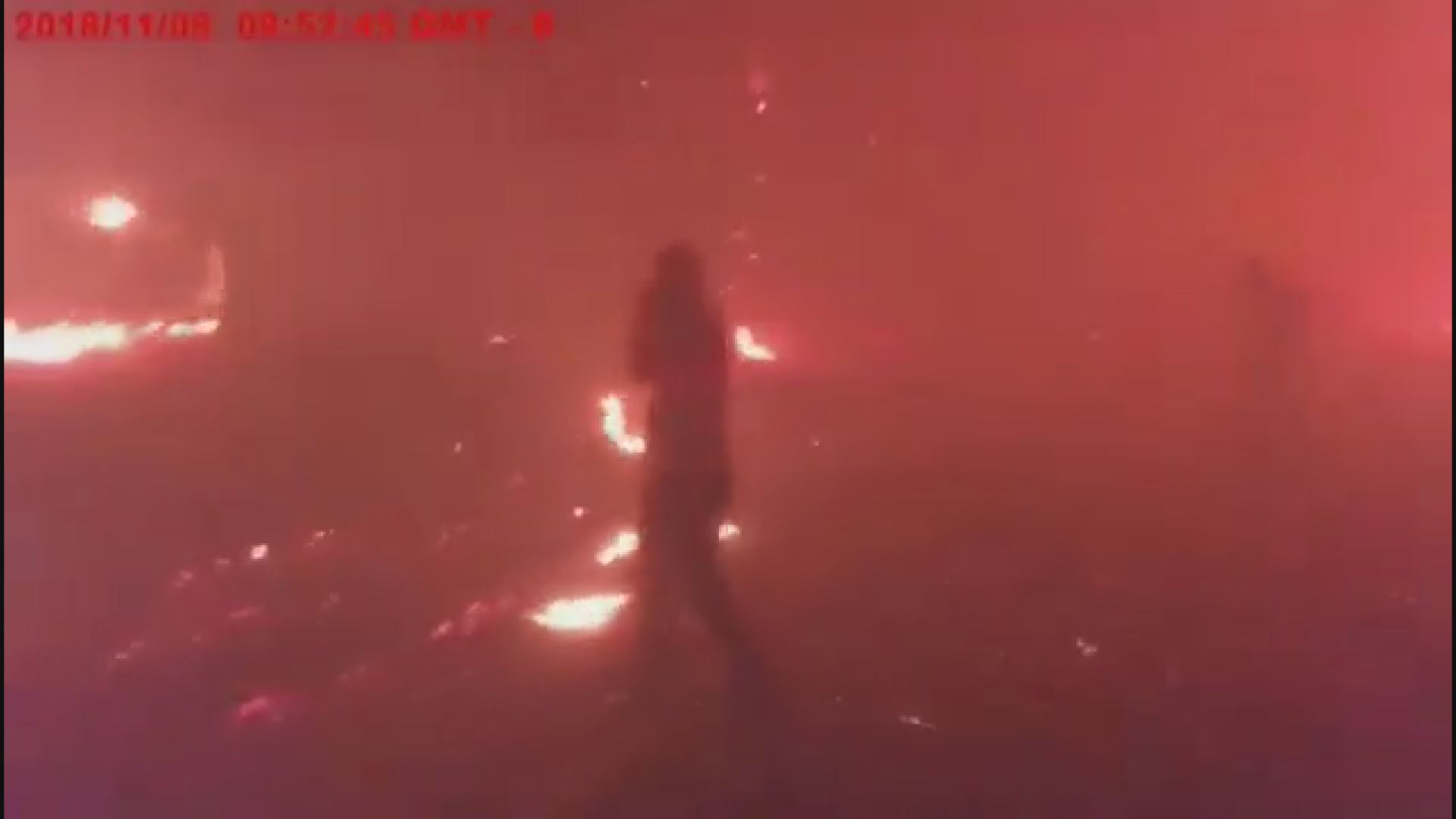 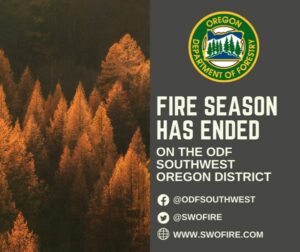 Medford, Ore. — The 2021 fire season on the Oregon Department of Forestry (ODF) Southwest Oregon District is over. It ended at 9 am on October 20th. The declaration affects 1.8 million acres of state, private, county, city, and Bureau of Land Management forestlands in Jackson and Josephine counties and eliminates all public regulated use restrictions and industrial fire precaution level requirements.

“This summer had the potential to be another devastating fire season in southern Oregon,” Acting District Forester Tyler McCarty said. “Despite that, ODF Southwest is thankful for the season we had – busy, but successful.”

The 2021 fire season in ODF-SW went from May 12th to October 20th. ODF says its Southwest Oregon District firefighters responded to 278 fires for a total of 273 acres burned. No homes were damaged or destroyed. ODF says as an agency it has a goal of stopping 98% of its fires at 10 acres or less. In 2021, it says it nearly met the goal at 97.8%.

The Southwest Oregon District began responding to fires consistently from the first week of March forward. Before fire season was officially declared on May 12th, ODF firefighters had already suppressed 59 fires at 115 acres burned, 30 of which were caused by escaped debris burns. Between above average temperatures and warm, windy conditions, fires in the spring spread much more easily, greatly contributing to the high number of pre-season incidents. Going into the season in mid-May, the majority of the district was experiencing an extreme drought, which also played a large part in the dry fuel conditions. Between the weather and dry vegetation, ODF-SW says it was clear this fire season had the potential to be devastating.

The largest fire in the district was the North River Road Fire, which was caught at 60 acres in late June. The remaining 268 fires were caught at six acres or less. On top of this feat, crews responded to more than 1,248 calls for service that did not result in fire suppression.

ODF says the termination of fire season removes fire prevention regulations on equipment use and the use of fire for debris burning. This applies to the public and industrial operations on forestlands. However, industrial slash burning is still prohibited, and many structural fire agencies require permits for residential debris burning. ODF asks you to check with your local fire department to obtain any necessary permits before burning, and ensure it’s a burn day, designated by the county in which you reside:

While fire season is officially over, fire prevention must continue. Please be vigilant while burning debris, by ensuring that a burn pile is never left unattended. Also, ODF urges you to use caution while using machinery that could produce a spark. Fall weather in Southern Oregon can vary greatly. This region is extremely prone to fire, ODF says, and for that reason, fire knows no season; please be aware that fires can still spread in fall and winter conditions.