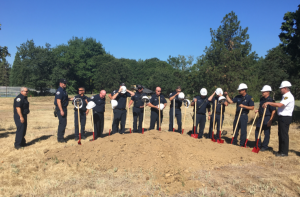 – After almost 63 years in business, Medford’s fire station three is being retired and a new one is replacing it.

Now that the city has the money to build a new station, fire chief Brian Fish, said it’s long overdue.

“There [are] a lot of things wrong with that building. It wasn’t seismically sound, it had remodels done in the past, it got some roof issues and other things,”said Fish.

The new station will be built next door to the current one at Highland and Siskiyou in Medford to avoid the roundabout. It will also be three times bigger, more environmentally friendly and safer for firefighters coming and going from the building.

The project is expected to be completed by next spring.