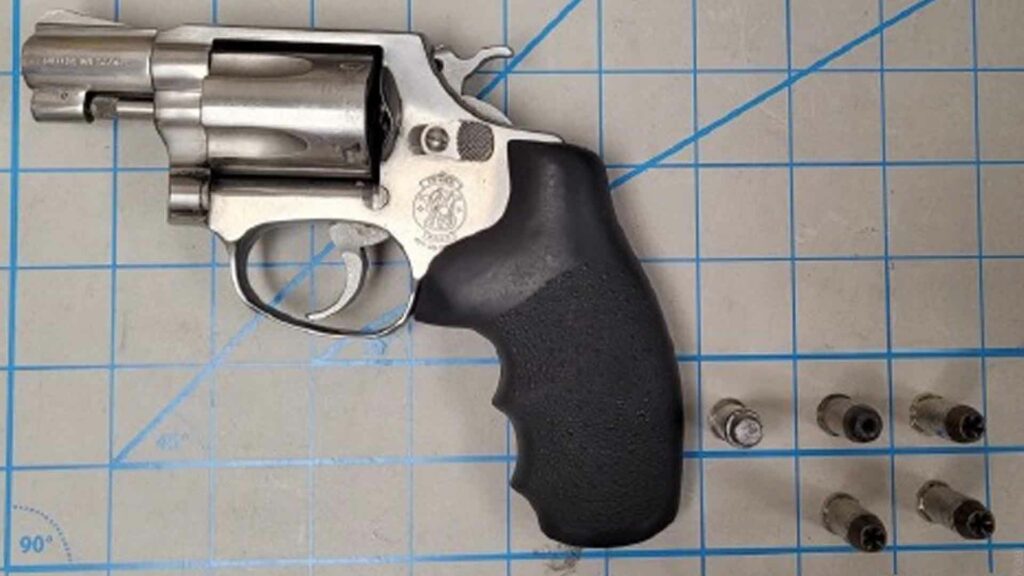 MEDFORD, Ore. – The Transportation Security Administration is reminding airline passengers about rules regarding the transportation of firearms on planes after a loaded revolver was found at a Medford TSA checkpoint.

Tuesday morning, a TSA officer at the Rogue Valley International-Medford Airport was screening a San Francisco-bound passenger when they spotted a gun during a routine X-ray of carry-on baggage.

Law enforcement officers responded and removed the loaded firearm from the checkpoint and interviewed the traveler who was later allowed to continue on his flight.

The TSA said the discovery of the gun comes within just a few days of similar incidents at Portland International Airport.

Last year, 14 guns were detected during screenings at Medford’s airport.

“One gun in carry-on luggage is one gun too many. In light of these recent incidents, we are reminding all travelers to check the contents of your luggage prior to coming to the airport to
ensure you don’t bring any type of prohibited item to the TSA security checkpoint,” said acting TSA Federal Security Director for Oregon Kathleen McDonald. “We are asking all gun owners
to review the procedures for traveling with firearms on a commercial aircraft. But rest assured, TSA officers will continue to screen for weapons and other potential security threats to ensure
those item do not make it into the cabin of an aircraft.”

Firearms can be transported on commercial aircraft, but they have to be unloaded, packed in a locked hard-sided case, and placed in checked baggage. During the check-in process, the passenger has to declare the presence of the gun at the airline ticket counter and follow any airline-specific requirements.

Travelers can face civil penalties for bringing guns to TSA security checkpoints in carry-on luggage. Each incident is evaluated on a case-by-case basis, the TSA said.

TSA has additional traveler information specifically related to the transportation of firearms and ammunition. A full summary of TSA’s civil penalties for prohibited items is also available.