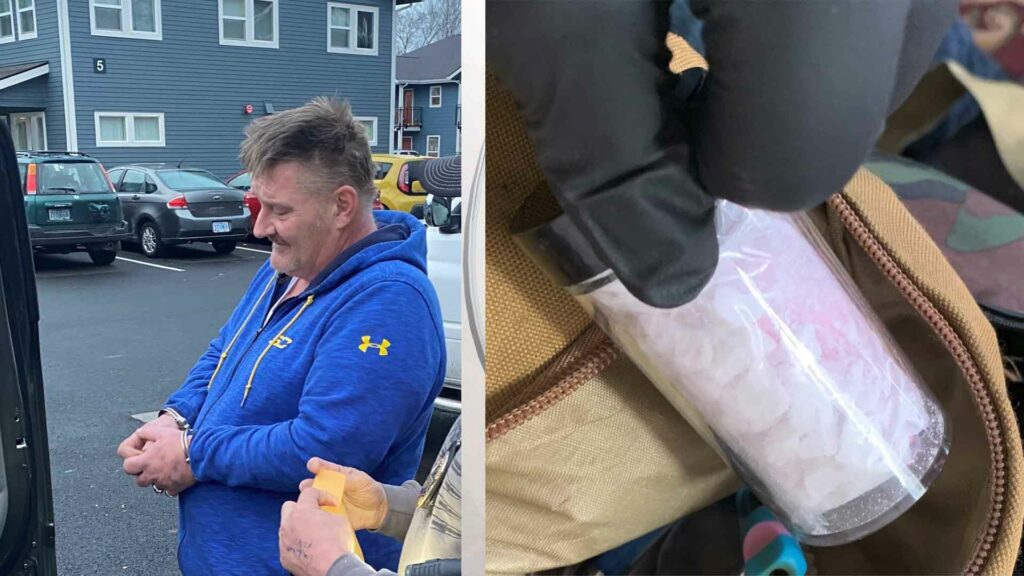 MEDFORD, Ore. – A near-fatal overdose case led to the arrest of a Medford man with a long history of drug charges.

On January 21, the Medford Area Drug and Gang Enforcement team was told about a local woman who almost died after taking too much suspected fentanyl.

That incident reportedly led to 52-year-old Brian Dee Forbes, who lives in the 1900 block of Homeview Drive in Medford.

MPD said this past Friday, MADGE served a search warrant at Forbes’ home and found 70 grams of fentanyl, a small amount of heroin, 30 pounds of marijuana, and a gun.

Forbes, a convicted felon who has been arrested dozens of times, is now facing numerous new charges including unlawful possession, delivery, and manufacture of a controlled substance.

Police said fentanyl is now the “illicit drug of choice” in the Rogue Valley and is responsible for a significant amount of overdoses.

“In 2020, MPD deployed Naloxone (Narcan) a total of 30 times, which increased to 76 times in 2021, and we already have 8 doses deployed this year,” police said. “MPD and MADGE will continue to aggressively investigate suspected fentanyl possession and dealing.”

With fentanyl becoming more and more common in the Rogue Valley, it’s never been more important to have Narcan kits available. If you live in Jackson, Josephine, or Klamath County, you can visit http://www.maxsmission.org for a free lifesaving naloxone kit.