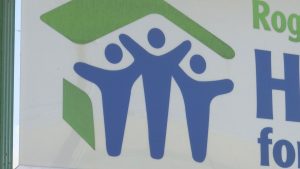 MEDFORD, Ore.– Two weeks ago, the job trailer for Rogue Valley Habitat for Humanity was broken into and completely cleaned out.

Thousands of dollars worth of tools were stolen according to the organization and even the trailer was damaged in the process.

The loss meant the project they were working on had to be put on hold. But when people heard what happened, donations started coming in.

Now thanks to the community and the local Lowe’s Home Improvement store, all of the tools have been replaced.

“We’re certainly very humbled and very appreciative that this community is paying attention and is so generous in willing to help us,” said Executive Director Denise James.

The organization says they lost several days of construction because of the crime but with these donations they plan to be up and running again soon.