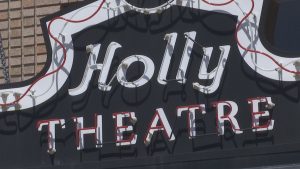 MEDFORD, Ore.— The Holly Theatre restoration project has reached its 3000th donor, but getting donors as of recently has proved a challenge.

The Executive director of Jefferson Live, the company overseeing the project, says construction on the lobby, box office, and events center was completed in early March.

He says the months after were supposed to be used to fundraise more money, but it’s been much more difficult.

“Not being able to bring people into the building has been a really difficult position for the fundraising campaign,” Randy McKay, Executive Director, said. “That’s where most of the money came from.

So far the project has raised $6.5 million and they still need roughly $3 million dollars more.

If you would like to donate, you can find a link to do so here.