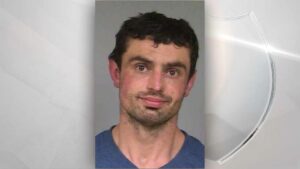 WESTHAVEN, Calif. – Police are looking for a man who went missing in Northern California.

The Humboldt County Sheriff’s Office said 35-year-old Walter Wayne Wright of Westhaven was last seen on July 11 at about 1:00 a.m. when he borrowed a friend’s vehicle to drive home.

After Wright failed to return the vehicle on time, it was found still parked at his home with his personal belongings inside.

Wright was officially reported missing on July 21. He’s described as a Native American man standing 5 feet 11 inches tall, weighing 140 pounds with brown hair and brown eyes. He was last seen wearing dark blue jeans, a shirt, a black hat with “Cali” written in red and a thick silver ring on his pinky finger.

Anyone with information about Wright’s whereabouts is asked to call the Humboldt County Sheriff’s Office at 707-445-7251.